Brand Storytelling With Logic And Emotion 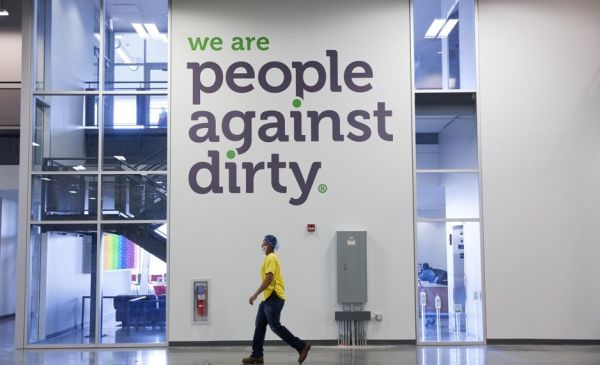 It may sound a little homespun, but my Gramma B always used to tell her five grandsons this advice when it came to finding a wife. She never had a granddaughter, and though she’s been gone a long time now, the advice has been passed down to her seven great-granddaughters as well. Not to mention her three great-grandsons.

As useful as it was for all of us, over the years I’ve come to see how smart it is when it comes to brands as well. Especially when telling their story.

Research shows that emotion drives decisions, rationale validates the decision afterwards. That’s a pretty powerful cocktail when mixed properly. So to be successful at building sustainable, mutually beneficial relationships with investors, employees, partners, and customers, “half with the head, half with the heart” makes a lot of sense.

Think about the way Steve Jobs and Apple chose the “Think Different” campaign when it was in a battle for survival back in 1997. They could have gotten scared and relied on a logical argument as to why their operating system and devices were, from a feature-benefit standpoint, better than the competition. Especially when it came to delivering on the needs of their core target market. That’s what a tech company did in 1997. Instead, they went all in on a highly risky campaign from their agency, TBWA/Chiat Day, that became one of the most impactful campaigns ever. To balance the head argument, they went for the heart by celebrating people who think different and move our culture forward. It was incredibly relatable and inspirational for their early adopters and core customers, as well as renewing Apple’s clear vision for employees of what they were fighting for.

When Method home products helped disrupt the domestic cleaning world with all natural formulas, they could have told their story based on the efficacy of the product. They decided instead to focus on a campaign, “People Against Dirty”, that thrilled young adults who wanted to liberate their lives not only from dirt but from chemicals. It made them feel good to use Method and they were getting the same cleaning strength as the off-the-charts chemically cleaners traditionally on the market. One of their first pieces of storytelling was a print piece featuring an attractive young couple in a small apartment cleaning naked. That’s the fun, irreverent freedom Method sold.

Toms shoes was launched on the back of the “One for One” program. Their footwear was trend-right as far as casual, earthy flats in fun colors. But it was how people fell in love with the idea that every time they bought a pair, some child in need around the world would get a pair of shoes as well. If Toms had sold based on the feature-benefits of their footwear, they would never have made it.

Successful brands have understood for a while now that appealing to the rational and the emotional is a winning strategy. It’s a good reminder for all of us. But where the huge opportunity lies is with b2b brands. As Derrick Daye of The Blake Project, puts it, “There are no longer b2b and b2c brands, just b2p ones…business to people.”

All people respond to storytelling, whether they are buying a pair of jeans or a fleet of jets, because of the way we are wired. The highest retention of information is when story and data is effectively combined. It’s 22 times more memorable than data alone. That’s the golden ticket for brands.

At any stage of brand maturity and in any marketplace, balancing the head with the heart is a great way to draw people into your offering, engaging them, and activating them as brand ambassadors.

So the next time you launch a new campaign, remember Gramma B’s sage advice by offering a perfect balance of rational and emotional reasons for people to fall in love with your offering.

The Blake Project Can Help: The Strategic Brand Storytelling Workshop