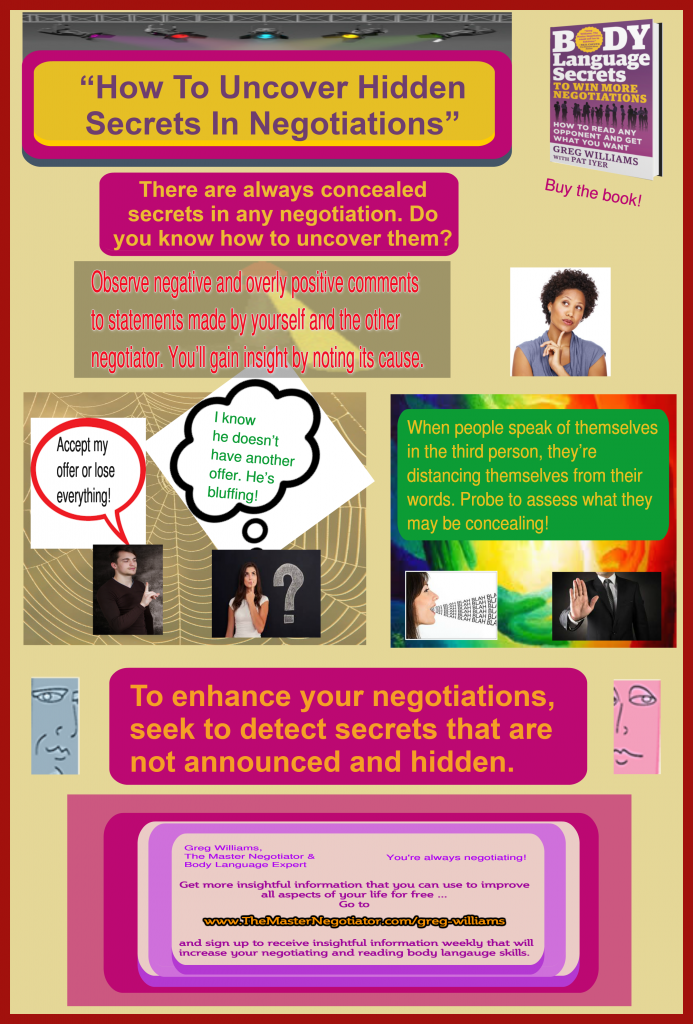 “How To Uncover Hidden Secrets In Negotiations”

“Don’t let what you know cause you to miss what you don’t know!” Those were the words of one negotiation partner to another, after they’d concluded a negotiation that appeared to be clouded by the doubt that there may have been hidden secrets burrowed in the words of their negotiation counterpart.

Upon reflection, the speaker of those words realized that there had been signals that he’d misperceived. He wondered about those signals as he pondered to what degree they might have covered hidden secrets.

In your negotiations, how much do you miss, due to what you think you already know? There are encoded messages within the words we use to communicate. Some contain hidden messages that carry hidden thoughts.

Note the following to gain more insight into the hidden secrets in the messages sent and received in your negotiations.

There will always be some form of secrecy in any negotiation. If you possess a heightened sense of awareness when perceiving suspected hidden meanings, your reward will be in the uncovering of those secrets. That will be an insight that you can use to benefit your negotiation position … and everything will be right with the world.

The post “How To Uncover Hidden Secrets In Negotiations” – Negotiation Tip of the Week appeared first on The Master Negotiator & Body Language Expert.

Plan of Action to Improve Negotiation and Communication Skills