After a slow rollout began in March, Pandora today announced that all Premium tier subscribers can now access their own personalized music playlists. Similar to Apple Music and Spotify, Pandora’s selection of playlists personally curate a specific collection of tracks, but Pandora focuses on moods, activities, and genres (via TechCrunch).

For example, Pandora can create “Your Energy Soundtrack,” “Your Happy Soundtrack,” “Your Rainy Day Soundtrack,” “Your R&B Soundtrack,” and more, with about 25 songs each. As a comparison, Apple Music’s personal curation focuses on New Music Mix, Chill Mix, and Favorites Mix, offering songs aimed at introducing you to new artists, serving up relaxing tunes, and generating a collection of what the service decides are your favorite tracks. 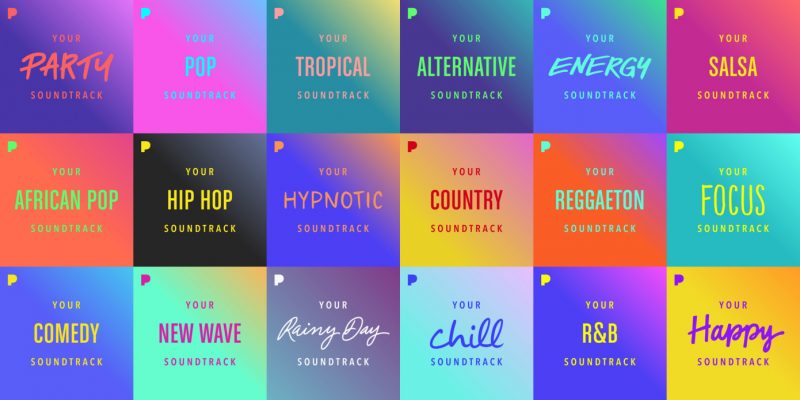 Pandora Premium users can send links to their friends (even if they’re on the free tier) as a way to share their personalized playlists. The free tier users will have to watch a video ad to listen to the playlist and test out other paid features as well — an ability Pandora debuted last December.

In regards to how the app curates the playlists, Pandora says it uses its “Music Genome” and machine learning algorithms to continously determine what music you listen to most often. Combined with human curators, Pandora then gathers songs into the new “Soundtrack” playlists to “perfect the lists and update them, as needed.”

Apple Music updates its Mixes on specific days every week, but Pandora’s offering appears to be a bit more nebulous. During the rollout phase of the feature, the app was creating “up to four new playlists” for each user every week, and it would continue until it “maxed out” the user’s playlist categories. TechCrunch explains further: “This “max” is not a flat number, but varies by user. For example, someone who listens to a lot of different types of music may continue getting new playlists for weeks.”

Pandora is offering the stable of personalized playlists as a way to entice its free users to upgrade to Pandora Premium, which runs for $9.99/month. Originally a live radio streaming service only, Pandora launched Premium in 2017 to compete with Apple Music and Spotify, combining its existing radio features into an on-demand music streaming service.

Moving forward, Pandora is planning to release more playlist categories and themes in the coming months. Pandora chief performance officer Chris Phillips says, “This is the beginning of a whole suite of themed playlists that we will automatically build and tailor to each Premium user. In the coming months, we’ll be rolling out more even more themes for you to unlock.”

Pandora Music is available to download on iOS [Direct Link] and Android for free.