Some Workers Prefer Going to the Office

Workplace flexibility is a pretty big deal these days. But, a new survey shows that most workers in the U.S. would rather go the office. 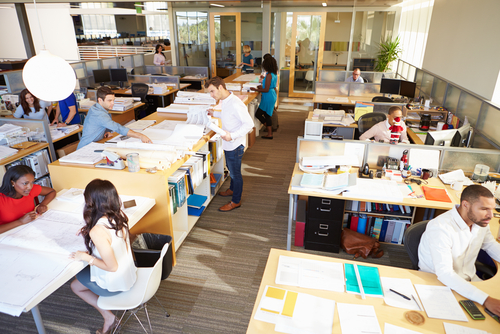 Although 82% of U.S. workers surveyed say the ability to work from anywhere at any time allows them to maintain a healthy work/life balance, more than half (62%) still prefer to work in the office—and the number is even higher among young workers. Sixty-five percent of those aged 18 to 24 say they prefer working in a traditional office environment, challenging the widespread perception that Millennial and Gen Z workers tend to prefer digital interactions over personal ones.

Although flexible and remote work arrangements are top priorities for employees, this is not necessarily the case for employers, who often don’t offer any or provide enough tools to fully support them.

According to the Randstad survey:

Employers should take note of another survey finding: Remote work arrangements drive engagement.
According to the Randstad survey:

“The takeaway for employers: Workers appreciate having the option to work when and where they want, but also value interacting with colleagues face to face in the workplace,” said Jim Link, CHRO at Randstad North America. “Employers who strike the right balance—making flexible work arrangements as accessible as possible through technology while also cultivating a thriving office culture—will succeed in attracting and retaining top talent.”

The post Some Workers Prefer Going to the Office appeared first on HR Daily Advisor.