Yubico is a company that sells the “YubiKey,” a small piece of hardware that protects access to computers and online accounts by providing strong two-factor authentication in lieu of receiving a text message code on a smartphone or other 2FA steps. With the NFC-equipped YubiKey NEO, Android users have been able to authenticate their log-ins with a tap, and this week Yubico announced that ability has launched for iPhone users as well (via The Next Web). 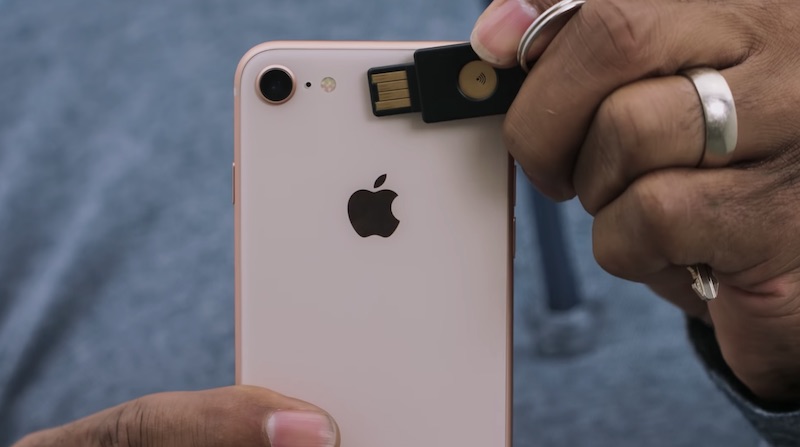 With the launch of the YubiKit 1.0.0 iOS SDK, the company is allowing developers to add support for the YubiKey NEO into their iOS apps, starting with sole support from LastPass. Once set up with a LastPass account, the YubiKey NEO generates a one-time password, and when the user gets to the 2FA log-in screen, they simply tap the NEO near the back of the iPhone to authenticate.

The NEO does not require a battery to function, nor does it need network connectivity, and Yubico says that it is “four times faster” than typing a traditional one-time passcode. In addition to NFC, the device has a dongle for USB-A connectivity so it can double as an authenticator on laptop and desktop computers, and Yubico says that it’s crush resistant and waterproof.

The YubiKey NEO is supported on iPhone 7 devices and newer, and for LastPass the feature is supported under the Premium, Families, Teams, and Enterprise subscription tiers. Yubico hasn’t yet revealed which apps might next launch support for the YubiKey NEO on iOS devices. YubiKey can already securely log users in on macOS 10.12 or later, and the product integrates with hundreds of services and applications online.