First Alert has announced that its Onelink Safe & Sound smoke and carbon monoxide detector is now available to order. 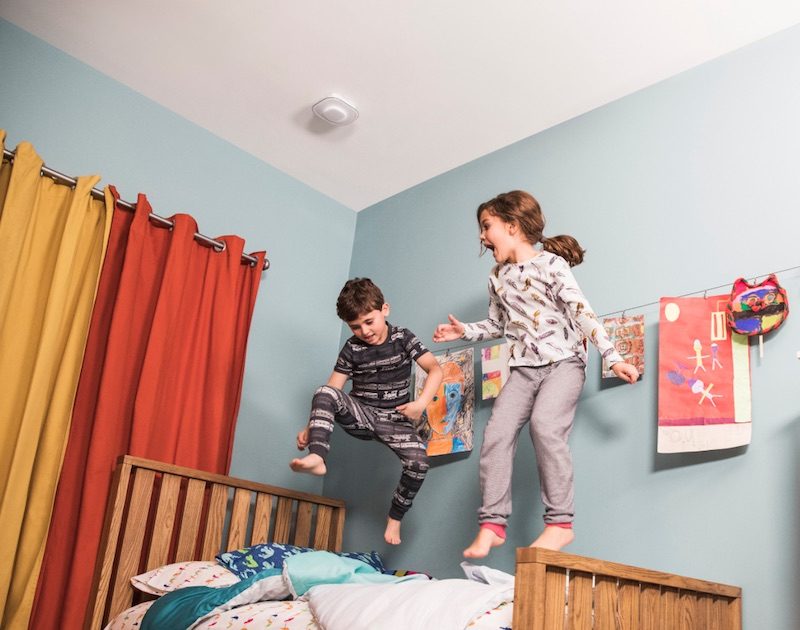 Introduced at CES 2018, the Onelink Safe & Sound distinguishes itself from a traditional smoke detector with a built-in speaker and noice-canceling microphones, and support for Amazon Alexa, making it a ceiling-mounted assistant.

While its latest press release does not mention AirPlay 2, First Alert has informed MacRumors that the Safe & Sound’s speaker will support the since-delayed Apple protocol as soon as it is available, enabling multi-room audio and Siri control for iPhone, iPad, and Apple Watch users through the Home app.

AirPlay 2 support will allow a homeowner to install multiple detectors around the house and control audio on a room-by-room basis.

In terms of the detector itself, an alarm alerts homeowners on their smartphones in the event of a smoke or carbon monoxide emergency, whether home or away. With exclusive voice and location technology by First Alert, the Safe & Sound alerts users to the type of danger and its location within the home.

Beyond its smart alarm capabilities, the Safe & Sound also features a customizable night light with multiple colors and brightness levels.

The Onelink Safe & Sound is currently available for $249.99 from Amazon and First Alert’s online store in the United States, but a regular price of $299.99 is listed. It’s unclear when the $50 off introductory offer will end.