It may come as a surprise to some employers, but undocumented workers who are injured on the job are entitled to workers’ compensation benefits, at least in New Mexico. However, there’s an important exception that applies to all employers. 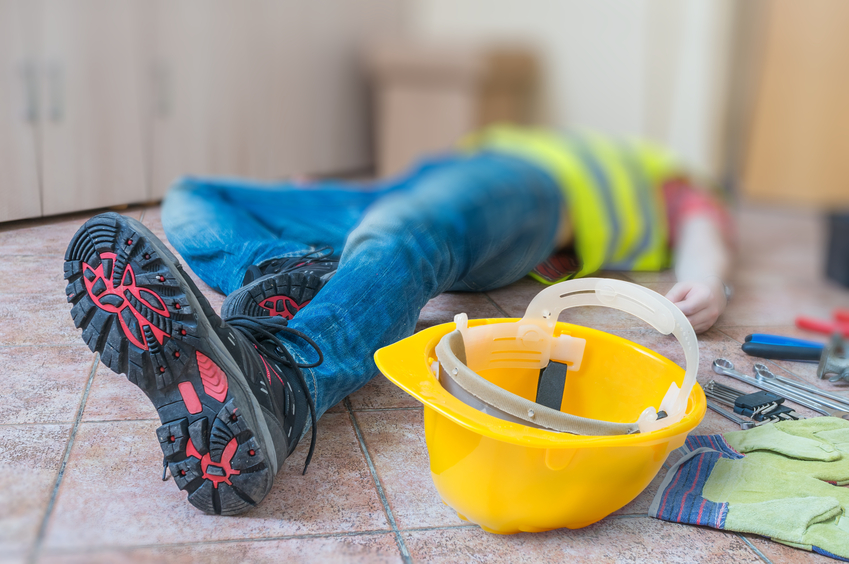 If the employer didn’t know or reasonably couldn’t have known at the time it hired the employee that he was undocumented, the employer won’t be liable for the full extent of the workers’ comp benefits, resulting in a much smaller benefit payment to the worker. In the following case, that saved the employer $144,000 in benefits.

A Primer on Workers’ Comp Law

Workers’ comp laws are designed to compensate workers who are injured on the job, usually regardless of the circumstances. In New Mexico, when a worker is injured on the job and cannot return to work within 1 week, he is considered to have a temporary total disability (TTD).

During a TTD, the worker receives two-thirds of his average weekly wage, enough to enable him to pay his essential bills, but not enough to encourage him to malinger. When the injury has been treated and no more lasting improvement is expected, the worker is considered to be at maximum medical improvement.

Some workers, due to the nature of their injury, may be at maximum medical improvement but still have a permanent partial disability (PPD). In layman’s terms, think of a permanently bad knee or a compromised shoulder, even after surgery and months of physical therapy. PPDs are measured in percentage points based on standardized medical impairment guides.

Not all workers with a PPD can find work at their preinjury wage. Workers in heavy-duty jobs must have certain physical abilities, including agility and strength, and unfortunately, some workplace injuries preclude workers from returning to those types of jobs. The Workers’ Compensation Act (WCA) tries to compensate for that scenario.

As long as the worker is working at a rate lower than his preinjury wage, he is entitled to benefit payments based on “modifier points,” which are calculated on the basis of his education, age, job training, skills, and postinjury change in physical abilities. Modifier points are added to the PPD percentage, and the resulting figure is the percentage used to calculate the worker’s PPD benefits.

The goal of the WCA is to return healthy workers to the workplace. Therefore, the Act includes incentives to get workers back to work and to encourage employers to rehire injured employees at their preinjury wage. If a worker returns to work at his preinjury wage, he’s entitled to receive a portion of his preinjury average weekly wage for 500 weeks measured by the percentage assigned as a result of his PPD, but not by his modifier points.

But the WCA contains a disincentive, too. If a worker is offered a job at his preinjury wage and unreasonably refuses the job offer, he will have to take a permanent reduction in his workers’ comp benefits. The employer is no longer obligated to pay modifier points and is liable only for the smaller portion of the benefits measured by the PPD percentage.

The most recent workers’ comp case before the New Mexico Court of Appeals involving an undocumented worker is typical. “Paz” is an undocumented worker from Mexico who had been coming to the United States since 1979 and had worked in a variety of agricultural and construction jobs. In 2006, he applied to Salls Brothers Construction and was hired as a construction laborer. Eighteen months later, he fell off scaffolding and injured his back, ultimately resulting in a PPD.

When Paz was hired, he presented a false Social Security card, a false resident alien card, and a false Colorado identification card. Neither Salls Brothers nor Paz filled out the I-9 forms completely. The workers’ comp judge who conducted a nonjury trial of the matter found that Teri Salls, who had interviewed Paz, accepted the false documents in good faith and believed that they were legitimate.

Paz was treated for his back injury for almost 2 years. Twenty-two months after the injury, he was placed at maximum medical improvement and given a 3% whole body permanent impairment. He had permanent lifting restrictions and restrictions on bending, squatting, twisting, and climbing. He was cleared only for light work.

The difference between the two payments over 500 weeks was $144,000. Although the workers’ comp insurance company would have paid the benefits, the ultimate cost would rest on the construction company because its insurance rates would be substantially affected.

Once Salls Brothers learned that Paz was undocumented and not legally entitled to work in the United States, it was unable to offer him a job of any type. Yet under the WCA, it needed to offer him a job at his preinjury wage to avoid liability for $302 a week in benefits for 500 weeks.

The New Mexico Supreme Court addressed this problem in 2013 in a case involving an undocumented worker hired as a painter’s helper. In that case, the court held that if the employer knew or should have known at the time of the undocumented worker’s initial hiring that he was not eligible to work in the United States, the offer of rehire after the injury couldn’t be a bona fide offer. If the offer to rehire is a sham, the employer is liable for modifier points and would have to pay the higher workers’ comp benefits package (in that case 52% versus 3%).

As the court of appeals noted when it reviewed the painter’s helper’s case, “employers have a perverse incentive to ignore immigration laws at the time of hiring but insist upon their enforcement when their employees complain” or, as in these cases, when it comes time to pay workers’ comp benefits.

In Paz’s case, the workers’ comp judge found that Salls Brothers reasonably believed he was authorized to work in the United States based on the documentation he presented at the time of his hiring. As a result of its good-faith belief in the legitimacy of his sham documents, the worker wasn’t entitled to modifier points.

Between the two parties—an undocumented worker who presented false documents and an employer that failed to thoroughly investigate the documents—the worker was at greater fault, the court held. As a result, his PPD benefits would be limited to only the impairment rating of 3%, or $14 a week for 500 weeks. Melendez v. Salls Brothers Construction, Inc., 2018-NMCA___, ___ P. 3d ___, NM Court of Appeals Decision No. A-1-CA-34971, January 17, 2018.

Whether you will be liable for higher or lower workers’ comp benefits depends on your reasonable belief at the time you hired the employee. If you reasonably relied on a worker’s documents, even if they are later shown to be false, and there was no reasonable basis for you to know that the worker was undocumented, then he will not be eligible for modifier points if he is later injured and cannot earn his preinjury wage.

The court’s ruling in this case is a substantial economic blow for Paz, but for Salls Brothers and similarly situated employers, it’s a wake-up call to examine workers’ documents closely and fill out I-9 forms carefully during the hiring process.

Barbara J. Koenig, an attorney with Jackson Loman Stanford & Downey, and a contributor to New Mexico Employment Law Letter. Koenig is currently the President of the New Mexico Women’s Bar and can be reached at barbara@jacksonlomanlaw.com.