Facebook today announced that it will remove its “Trending” section from the web and all mobile devices starting next week, in an effort to “make way for future news experiences.” Facebook says that its users have found Trending “less and less useful,” leading to the closure of the section, which stacks the latest news articles from the day into various categories. 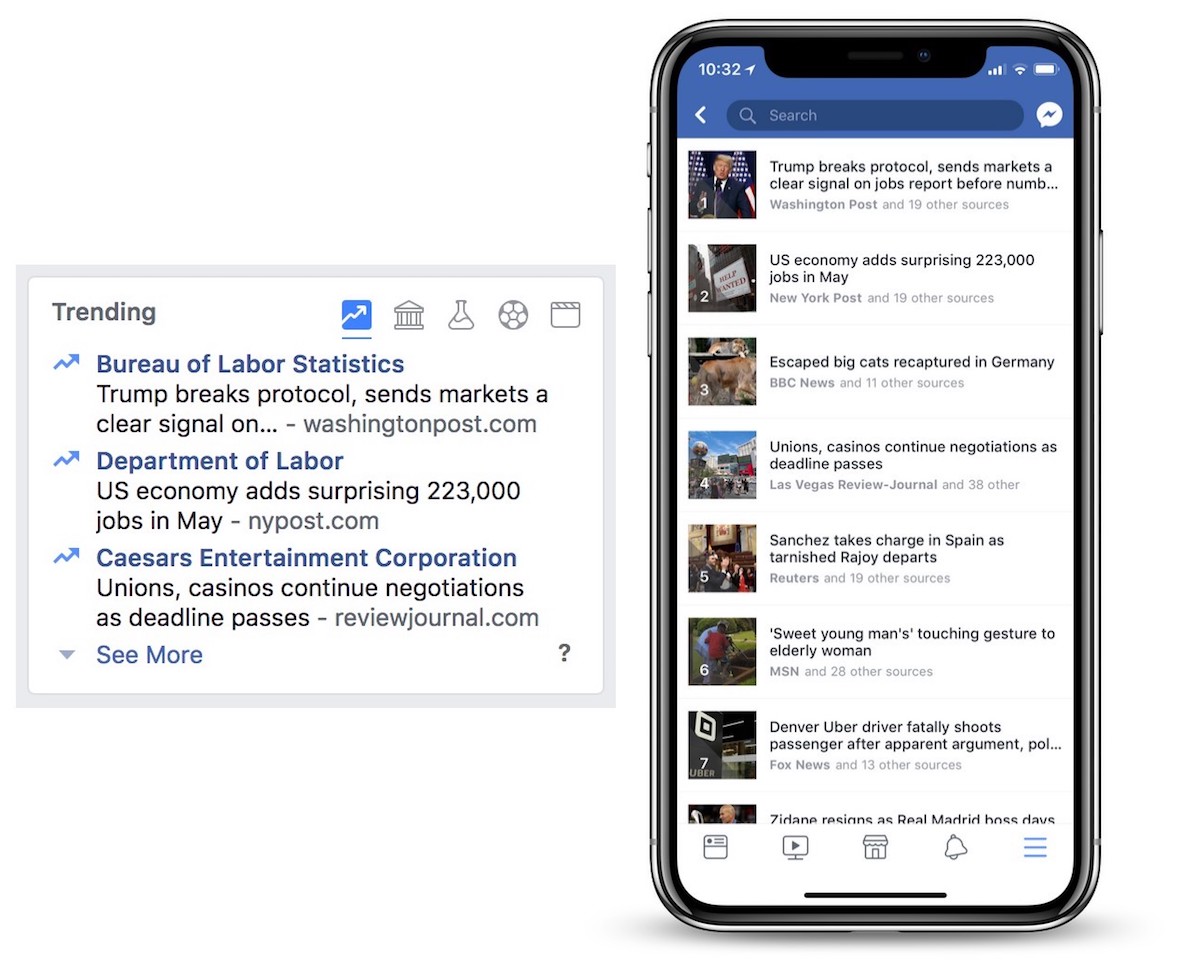 On the web, Trending is found on the right toolbar, but in iOS it’s a bit more buried in the More tab > Explore > Trending News. Facebook launched the section in 2014, but it’s since only been available in five countries and accounts for “less than 1.5 percent of clicks to news publishers on average.” The removal of Trending will also mark the elimination of products and third-party partner integrations that rely on Trends API.

We’ve seen that the way people consume news on Facebook is changing to be primarily on mobile and increasingly through news video. So we’re exploring new ways to help people stay informed about timely, breaking news that matters to them, while making sure the news they see on Facebook is from trustworthy and quality sources.

In its place, the social media company outlined three ways it will keep users in the know about breaking news. One is a “Breaking News Label,” which is a simple indicator publishers can place on their posts in a user’s News Feed, as well as breaking news notifications. There is also a test for a new “Today In” section to connect users to important news from local publishers in their own cities.

Lastly, there will be new videos to view in Facebook Watch thanks to a dedicated section in the United States where users can check out exclusive live coverage, daily news briefings, and weekly deep dives. Facebook has long been attempting to expand its video presence within the mobile Facebook apps, debuting Watch last August for its exclusive video and TV content.