Philips Hue Begins Rolling Out Major 3.0 Update to All Users of iOS App

After an announcement at CES in January and more details unveiled earlier in May, Philips Hue today is finally beginning to roll out a major 3.0 update to its iOS app for all users of the connected lighting platform. In the release notes, the developers call version 3.0 “the biggest update to the Hue app since the original release of the 2.0 version.” 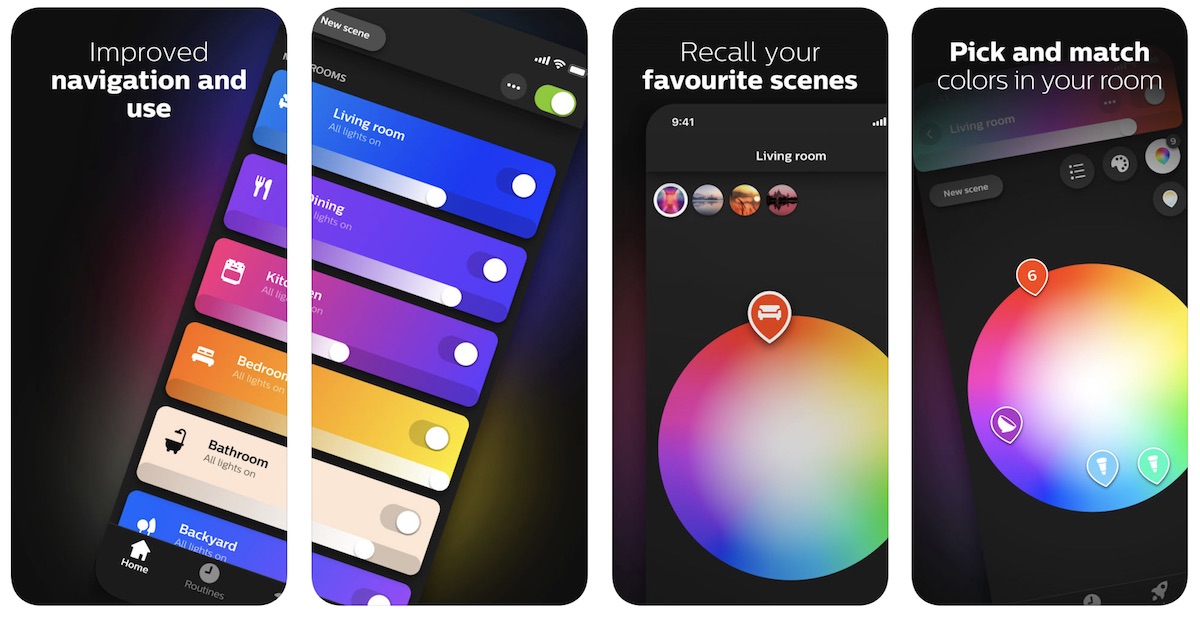 Major changes include improved user interface navigation with quicker access to favorite scenes and colors, brightness controls and light visualization for individual lights and not just grouped-together rooms, and new color pickers for better overview and grouping of lights in a room. Hue’s lighting designers have also created 30 new picture scenes for pre-set lighting recipes, and a new picture-to-light algorithm can automatically build scenes using the user’s own pictures.

Users will also find a few existing Hue features again in version 3.0, including lighting routines to automatically dim lights at night and gradually turn them on in the morning, and the location awareness feature so lights can be set to turn on when the owner arrives at home or turn off when they leave. Meanwhile, the timer function activates lights after a specified time by triggering a scene or simply flashing the lights.

In the release notes, the Philips Hue team discussed the app’s changes and thanked its users:

“The 3.0 app update is the biggest update to the Hue app since the original release of the 2.0 version. We’ve tried to make it more intuitive and enjoyable for everyday use. Some changes you might hardly notice, while others are hard to miss.”

Later in July, Philips Hue will also debut a line of Hue lights for outdoors, so that users can connect and control their lighting on a patio, balcony, or other environment outside. The new lights include the Philips Hue Lily, which can be used to highlight key features in a garden, and the Philips Hue Calla, which can be placed in the ground and light pathways through outdoor spaces.

For the app update, version 3.0 is available to download today from the iOS App Store for free [Direct Link].