In a recent case, Velez v. Comm’r, the U.S. Tax Court ruled that travel logs that were re-constructed years after the fact were not adequate to substantiate business-related miles as required by Section 274(d) of the Internal Revenue Code. 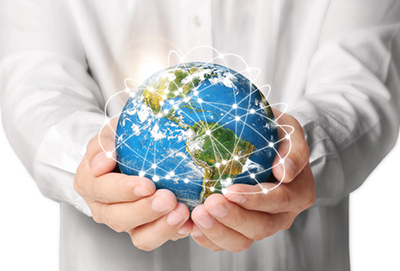 Although the case involves the business expenses of a sole proprietor, it should be noted that the same rules also apply to vehicle benefits provided by an employer.

Tax attorney Alvaro Velez maintained five offices across Ohio, and traveled to and between them on a weekly basis. On his 2012 Schedule C, Velez claimed a car and truck expense deduction of $29,693 for these trips using the standard mileage rates, but did not keep a formal mileage log.

In 2015, however, the Internal Revenue Service (IRS) issued Velez a notice of deficiency for the 2012 tax year. The IRS determined a deficiency of $19,742, denying deductions for his car and truck expenses, travel expenses, and legal and professional services expenses. The IRS also assessed an accuracy-related penalty of $3,948. Velez appealed these determinations to the Tax Court.

As a general rule, the court first noted, Code Section 162(a) allows a taxpayer to deduct all ordinary and necessary business expenses, provided the taxpayer maintains sufficient records to substantiate his or her entitlement to any deductions or credits claimed.

Certain types of business expenses, including automobile expenses, are subject to the more specific requirements of Section 274(d). “To deduct such items, the taxpayer must substantiate through adequate records or other corroborative evidence the amount of the expense, the time and place of the expense, and the business purpose of the expense,” the court noted.

According to IRS regulations, adequate records mean “an account book, a diary, a log, a statement of expense, trip sheets or similar records, and documentary evidence, such as receipts or bills, which, in combination, are sufficient to establish each element of an expenditure or use.” A contemporaneous log is not required, the court noted, but written evidence is more valuable the sooner it was created after the activity in question. Absent such adequate records for each element of an expense in question, a taxpayer may establish an element with a specific, detailed statement and other corroborating evidence.

“[T]he strict substantiation requirements of section 274(d) for vehicle expenses as to the amount of each business use and the time and business purpose of each use must be met even where the optional standard mileage rate is used,” according to the court.

Velez contended that he was entitled to deduct car and truck expenses by applying standard mileage rates to the 34,136 business miles he claimed to have driven in 2012. He produced two reconstructed mileage logs: one for client-related miles driven, based on entries in his iPad® calendar, and the other for administrative mileage, based on his credit card statements. Velez created these logs two days before trial, and did not offer the iPad® calendar itself into evidence.

The court, however, ruled that these logs did not satisfy the strict substantiation requirements of Code Section 274(d).

“Neither of the logs satisfies the ‘adequate records’ requirement because petitioner created them several years after the relevant automobile use, and long after he had full present knowledge of each element of each expenditure or use,” the court explained. “Furthermore, the calendar petitioner used to create the logs is absent from the record, and the credit card statements and other documents in evidence are insufficient to corroborate the business purpose or location of petitioner’s expenditures.”

Under Code Section 6662, a taxpayer who underpays tax may be assessed an additional 20 percent penalty for “negligence or disregard of rules or regulations.” A taxpayer may avoid a negligence penalty by showing that he or she acted “with reasonable cause and in good faith,” the court noted. “Generally, the most important factor is the extent of the taxpayer’s effort to assess his or her proper tax liability.”

In this case, the IRS provided sufficient evidence in support of the penalty by establishing that Velez “did not maintain sufficient records to support the car and truck expenses underlying his deduction,” the court found. Velez, on the other hand, “has not offered any evidence that he had reasonable cause for his failure to maintain satisfactory mileage logs.”

Therefore, the court upheld both the IRS’s denial of the deductions at issue and its imposition of the penalty.