Yesterday we began to explore some of the changes that the Bipartisan Budget Act of 2018 has made to the Tax Cuts and Jobs Act, and what it all means. Today we will continue to explore the topic, including the definition of compensation and hardship distributions. 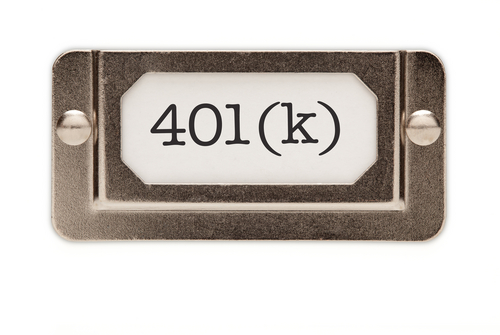 It is always a good idea to periodically perform an internal self-audit of a 401(k) plan’s definition of compensation, to verify that the definition matches the administration in the plan sponsor’s payroll and reporting system and, consequently, the correct deferral and matching contributions are being made.

Compensation definitions specify remuneration elements that are either included or excluded when making contribution calculations. Improper treatment of various elements is a common operational error of 401(k) plan administration, and a common focus of both the IRS’s and U.S. Department of Labor’s (DOL) audit programs. If the plan documents and payroll system do not match, it can be a time-consuming and expensive error to correct. But in the wake of major tax reform legislation, a compensation self-audit can be vital to avoiding costly administrative errors and corrections.

The TCJA made several changes to the tax code that eliminated the ability for employers to deduct and employees to exclude from income certain fringe benefits received by the employee.  For example, before 2018, the Code allowed an above-the-line deduction (meaning the amount is excluded from adjusted gross income rather than being an itemized deduction) for employees who incurred moving expenses.

The pre-2018 Code also allowed employers to reimburse employee-incurred moving expenses without including those amounts in the employee’s income. Beginning with the 2018 tax year through 2025, the deduction and exclusion for moving expenses is suspended under new Code Sections 132(g)(2) and 217(k).

Some 401(k) plans’ definitions of compensation distinguish between fringe benefits that are includable in or excludable from gross income, and will either be included or excluded from the plan’s definition of compensation depending on which tax category the fringe amount falls into. As a result, plan administrators will need to review their plan’s definition of compensation and may need to change the payroll system to reflect whether the moving expense element of remuneration is included or excluded for 401(k) plan purposes if it is no longer excludable from taxable income. Through this process, it is a good idea to check the other elements of remuneration identified in the compensation definition as well, and verify they are all properly coded in the employer’s payroll system.

The Code allows 401(k) plans to make hardship distributions to participants who experience an immediate and heavy financial need. In the 401(k) regulations, the IRS has identified six circumstances, known as “safe harbor” hardships, that are deemed to meet the requirements of being an immediate and heavy financial need. Plan sponsors may allow hardship distributions for any of these six reasons without conducting an independent evaluation of whether such a need exists.

Plans also may allow hardship distributions for other reasons (if the plan document so provides), but the plan administrator must make an independent assessment that the reasons the participant cites are actually necessary to meet an immediate and heavy financial need. Some plan sponsors have decided not to undertake this analysis and limit hardship distributions exclusively to the six safe harbors.

Treasury Regulation Section 1.401(k)-1(d)(3)(iii)(B)(6) provides that a distribution is deemed to satisfy a participant’s immediate and heavy financial need if the distribution is for “expenses for the repair of damage to the employee’s principal residence that would qualify for the casualty deduction under section 165 (determined without regard to whether the loss exceeds 10% of adjusted gross income.”

TCJA did not directly amend the 401(k) hardship distribution options, but it did change Code Section 165 on which the home repair expense hardship safe harbor relies. The change limits the types of casualty losses that will meet that hardship safe harbor. (See April story.)

Before TCJA, Code Section 165 covered a wide range of casualty losses. Revisions to that Code section made by TCJA now limit casualty losses to those attributable to a presidentially declared disaster, such as a hurricane, flood, or wildfire. It is unclear if the effect to the casualty-related home repair safe-harbor hardship was deliberate, considered and accepted, or merely an unintended consequence of the broader tax reform policy goals of TCJA.

The real consequence of the enacted change, however, is that administrators of 401(k) plans that rely exclusively on the safe-harbor reasons for hardship distributions may no longer make those distributions for casualty-related home repair expenses that are not attributable to presidentially declared disasters. Plans could be amended to allow administrators to make non-safe-harbor hardship distributions, including for home repair expenses arising from casualties that are not presidentially declared disasters. But this provision would require the plan administrator to make an independent assessment of the facts and circumstances to determine if the participant has an immediate and heavy financial need.

The IRS may clarify the casualty-related home repair expense safe harbor when it revises the regulation as directed by Congress, or it may not. So far, regulators have been reticent in forecasting what the tax reform regulations may provide.

And speaking of removal of the 6-month suspension requirement, some plan sponsors have contemplated whether they can continue to keep this suspension requirement after the change mandated by the Budget Act becomes effective in 2019. Representatives from the IRS have reportedly opined at conferences that if a plan were to maintain a deferral suspension provision, it would be a benefit, right, or feature that must be tested to demonstrate that it did not impermissibly discriminate in favor of highly compensated employees (HCEs).

IRS personnel usually preface their comments at conferences by stating that their words are their own and they are not speaking on behalf of the IRS or the Treasury Department. Nevertheless, these comments provide some insight into how the IRS might view a plan that kept its 6-month suspension provision if it were no longer required under the regulation.

As a result of all of these changes enacted by TCJA and the Budget Act, sponsors and administrators of 401(k) plans need to act now to ensure that their plans remain in compliance, even if the required deadline for adopting plan amendments may seem far off.

Todd B. Castleton is counsel with Kilpatrick Townsend & Stockton’s Employee Benefits Practice in the firm’s Washington, D.C., office, where he leads the Qualified Retirement Plans team. He is a contributing editor of The 401(k) Plan Handbook, and formerly was contributing editor of the Guide to Assigning & Loaning Benefit Plan Money.