Surviving the World Cup Fever in the Workplace

Football, fútbol, or the beautiful game (a.k.a. soccer to those not in the know) is by far the world’s most popular sport. It is also the most passionate. Its greatest showcase, the World Cup, is about a month away. An estimated 103.4 million people watched last year’s Super Bowl. About 3.2 billion people watched the last World Cup final. According to a recent Gallup poll, the sport’s popularity in the United States has tripled in the last decade and presently ranks a close fourth behind baseball. While the United States painfully failed to qualify this year, Copa Fever is coming to your workplace, and you better be ready. 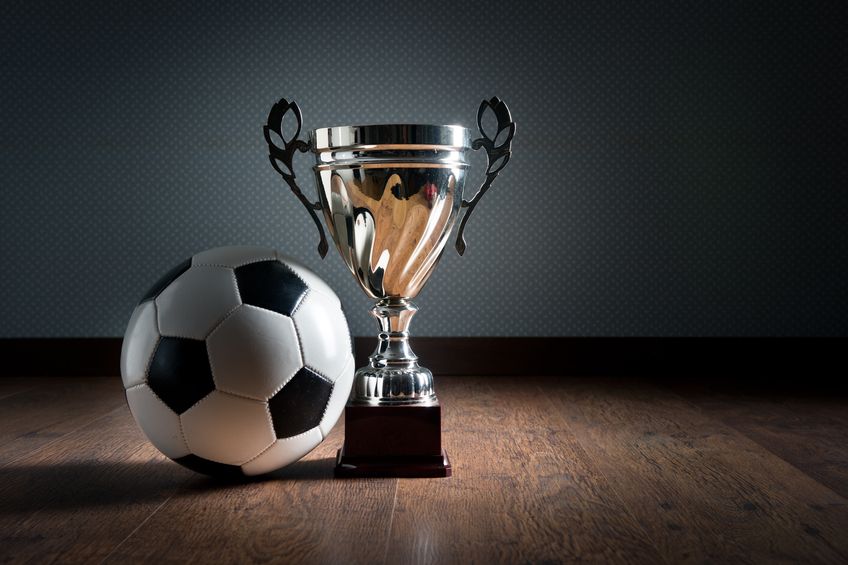 This year’s festivities start on June 14 and culminate on July 15. To maximize international viewership, FIFA (the sport’s international federation) and the Russian hosts have scheduled most games for 6:00 a.m., 8:00 a.m., 11:00 a.m., and 2:00 p.m. Eastern Standard Time—i.e., at the beginning or in the middle of the traditional workday. Fox Sports will air all 38 games live—more than the previous four World Cups combined and the most ever for an English-language network. Here are a few thoughts on why you should care.

National Origin and Race Bias and other Fouls

The World Cup tournament is played by national teams. As a result, sports smack talk can easily move from comments about a team’s style of play to comments about traits, characteristics, and stereotypes about people from that country. Further, there is an ugly side of football in which a small number of fans engage in highly racist and homophobic conduct and chants—so much so that FIFA has an all-out #SayNoToRacism campaign and has ordered the Russian hosts to prohibit such conduct, including penalizing teams supported by such fans and expelling fans who engage in misconduct. Indeed, even Major League Soccer has adopted FIFA’s no-tolerance practices and routinely expels fans from games for racist and homophobic chants. Those issues may crop up in your workplace.

While there is no need to ban World Cup talk at work (as noted below, the tournament is actually a great way to celebrate your company’s diversity), it is important to be cognizant of the issues, remain vigilant, remind staff of your policies, and promptly correct conduct that may cross the line.

Employees who identify with a World Cup-qualifying country will want to watch the games, and employees who are passionate about the sport will want to watch the games. Should you tolerate absences or tardiness related to the World Cup? No, of course not. Treat requests to be absent or late in accordance with your policies and practices. That does not mean you cannot be proactive, however.

If it appears that Copa Fever is running high, consider playing the tournament on televisions in the workplace and offering to move work schedules so employees can take breaks or start work a bit later and root for their national team. Yes, that may be disruptive, but perhaps not as much as having an employee take a partial- or full-day absence. Also, after the last World Cup, some employers reported increased productivity from employees who were allowed to watch the games as opposed to employees who were forbidden from doing so.

As always, be careful to avoid favoritism or treating employees differently. While you may be tempted to cut employees some slack so they can watch the games, make sure you can lawfully justify such decisions. For example, permitting employees in corporate offices, who may be primarily of one race or gender, to take an early lunch to watch the games but prohibiting employees on the manufacturing floor, who may be primarily of a different race or gender, from doing the same may come across as improper. Be ready to defend your decisions with legitimate business reasons.

If the games are not easily accessible or are altogether prohibited by your policies, employees will find a way to watch the tournament. They may go to a bar to watch it, potentially coming back to work intoxicated. They may stream it on their smart phones, which can be a distraction that could result in serious workplace injuries to employees who work on manufacturing floors or in warehouses or operate heavy machinery. Employees may go to unsecure websites to stream it on company computers, potentially exposing your systems to hackers or viruses. That is why my recommendation to clients has been to buy some vuvuzelas and get ready to shriek:

The World Cup is a huge, international, joyous carnival, and it’s a great excuse to celebrate the national origins and international diversity in your workplace. Consider embracing this fun and wonderful event. While a lot of games will be played and you cannot possibly give time off for everyone to watch all 350 hours of programming, consider having a kickoff event, relaxing dress codes to allow team jerseys, and playing the games on company TVs.

The World Cup is a great excuse to raise employee morale and create an inclusive environment for employees who do not normally engage in March Madness or other American sports events that many companies have come to embrace. It also provides a great opportunity to bring together teams and departments that may not normally interact. How great would it be for your Colombian CFO, Colombian salesperson, and Colombian technician to meet each other and feel at home?

Importantly, anticipate people’s desire to watch the games, and manage potential absence or punctuality issues in advance. Also, a little reminder of your workplace civility policies will not hurt, especially with a fun reminder of your employee assistance programs. Don’t forget—employees cheering for one of the 32 countries in the tournament will have their hearts and souls absolutely and completely CRUSHED and may need a little therapy.

In football, a clinical finish refers to a well-placed, controlled shot from a scoring position that ends in a goal. Being proactive and developing a plan before June 14 can completely set you up for such a finish in the glorious Copa summer of 2018.

Glianny Fagundo is a partner at Taylor English Duma LLP. She can be reached at 770-790-4052 or gfagundo@taylorenglish.com.

The post Surviving the World Cup Fever in the Workplace appeared first on HR Daily Advisor.