A Reddit user has discovered that the first beta of iOS 12 includes a Music app feature that allows Apple Music subscribers to search for songs using lyric phrases.

As the image below shows, using the search phrase “Loving you isn’t the right thing to do” – the first lines of Fleetwood Mac’s “You Can Go Your Own Way” – successfully returns the relevant song, and quotes the lyrical phrase in the single’s entry in the results. 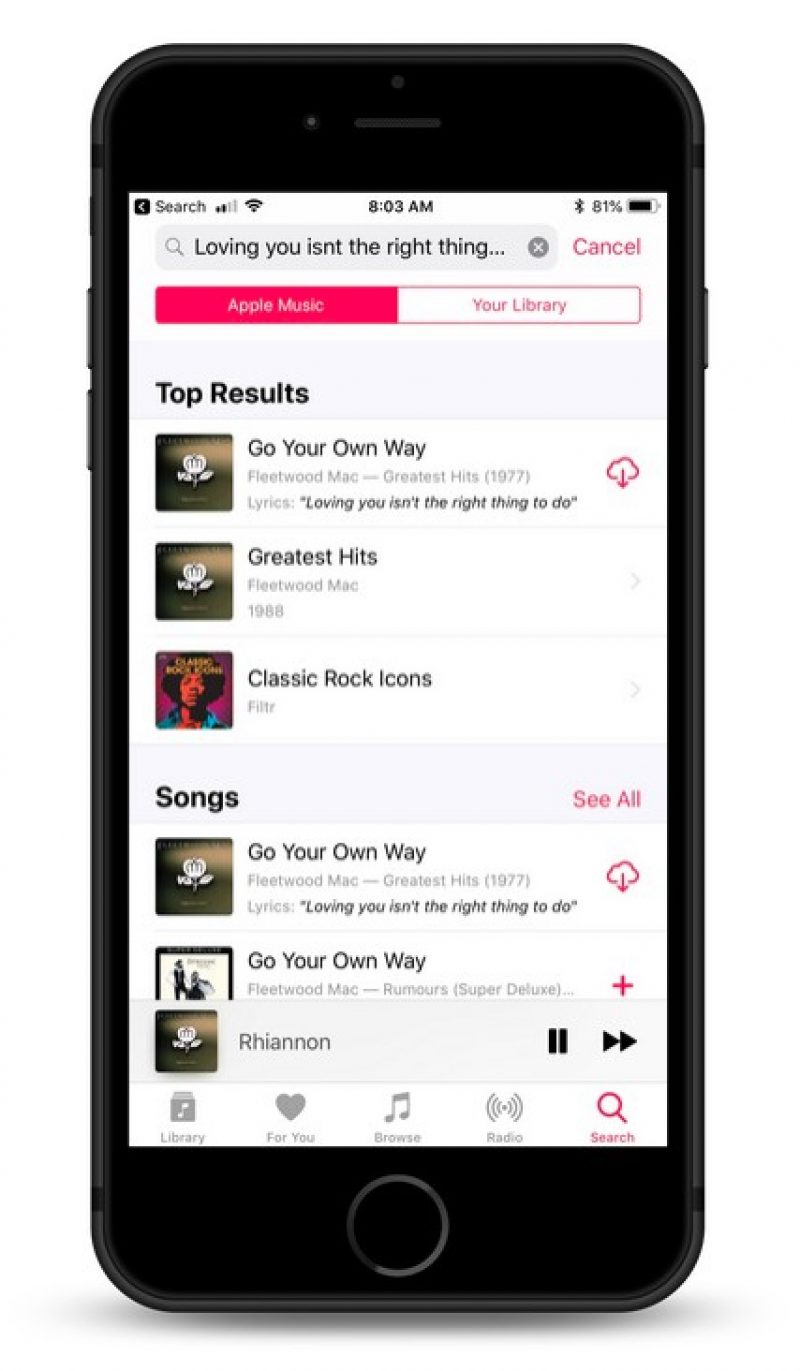 MacRumors can confirm that the lyric search does work, but seemingly not yet for all songs with lyrics in the Apple Music archive. Several beta testers on Reddit also chimed in to confirm the feature. As Reddit user abrb3192 notes:

It definitely works. Had a line in my head for weeks and no idea where it came from. Searched “6 gear speed” and it brought back the song Strip That Down by Liam Payne. It’s not my cup of tea (the song) but at least I finally have context to the transmission reference.

Assuming the feature makes the final release of iOS 12, Apple Music subscribers should be able to discover songs for which they don’t know the name, but only know a select lyric that they can recall hearing as part of a song.

In Apple Music in iOS 11, scrolling down on the “Now Playing” window brings up an option to show song lyrics on most Apple Music songs. Lyrics are not available for all songs, especially new releases, so that might be the reason for the hit and miss results in the iOS 12 beta.