Get match fit: the best apps for working out ahead of World Cup 2018

It’s too late for you to get the call for a place in your 2018 World Cup national squad of choice. Sorry to break the news.

However, it’s not too late to trim down a bit if watching world-class athletes as you hold a beer for a solid month is going to dent your self esteem.

You’ll need some will power, and a willingness to occasionally trade-in greasy fries for some greens will help too. But apps can help out as well.

These are some of our favorite apps for getting your health game in order. 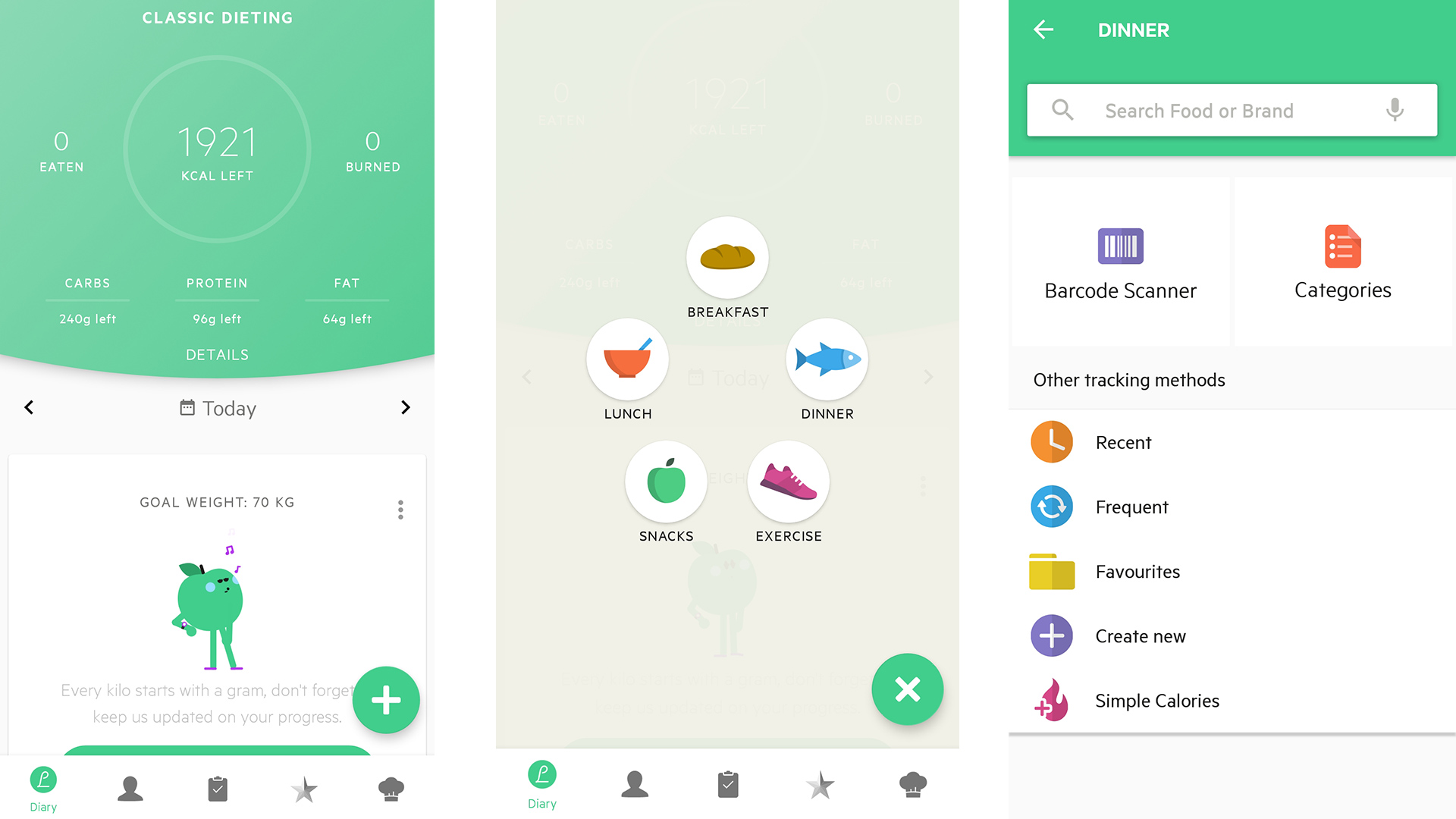 This isn’t an app to open as you put on your unloved trainers for that run you’ve promised you’d do all year. Lifesum is an all-round health monitoring app, focused on recording what you eat and drink.

There’s a barcode scanner to record exactly the stuff you shovel in, or you can log it using Lifesum’s fairly comprehensive database. Rather than just showing calories, you’ll see the grams of carbs, protein and fat you have left before going overboard.

You can add activities too, to offset that cheat ice cream you couldn’t resist. Lifesum also hooks up with some of the most popular activity trackers, including Runkeeper, Google Fit and Fitbit. After all, logging how much toast you eat and water you drink is laborious enough, right? 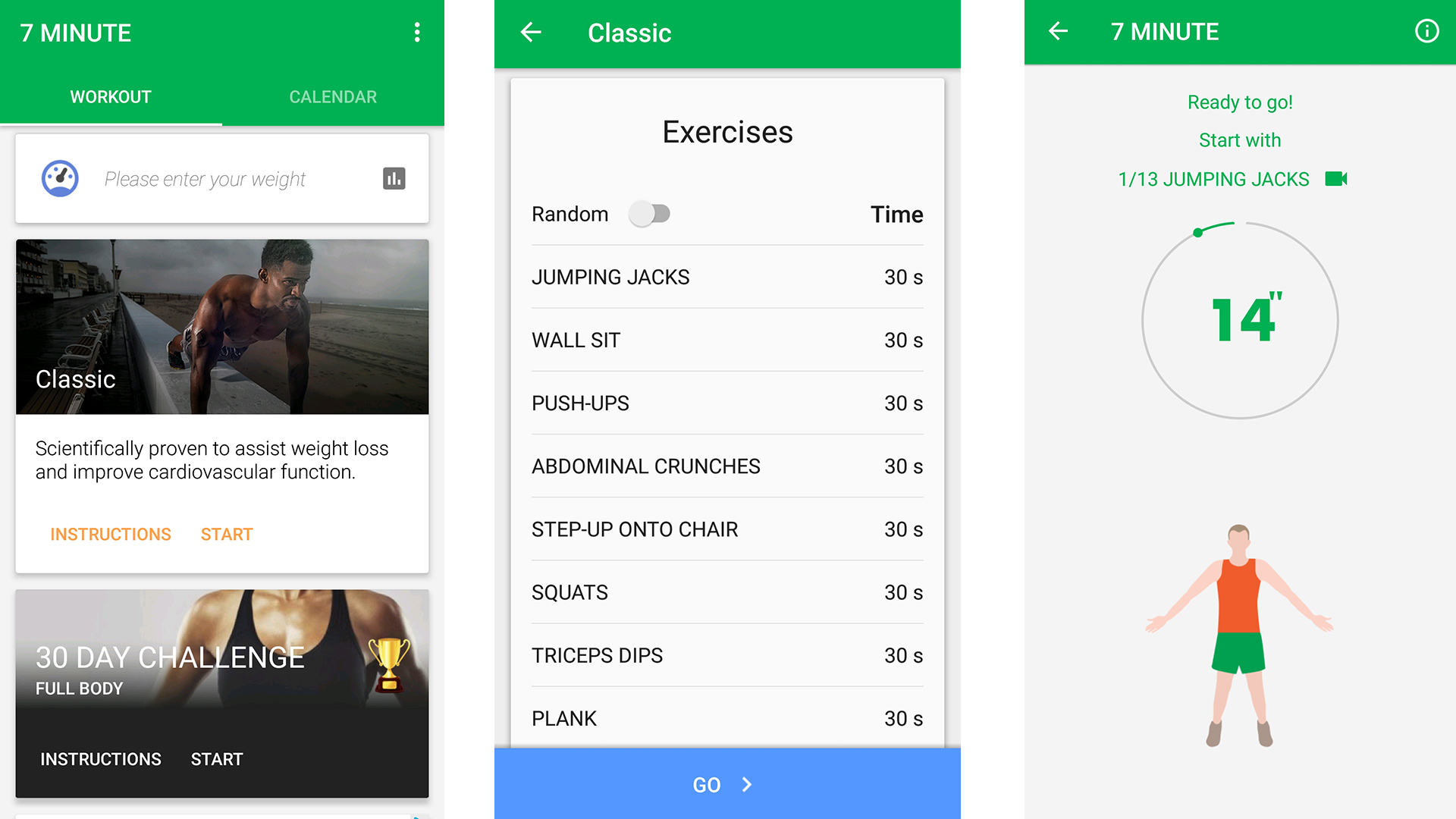 Here’s the answer for people who think they just don’t have time to work out. 7 Minute Workout does just what its name suggests. It distills a useful workout down to seven minutes.

As you might guess, though, most these workouts are intense if you really embrace them. For example, the Classic is composed of 13 30-second bouts of everything from abdominal crunches to jumping jacks to the plank.

Zero chill is involved, aside from the few seconds you get between exercises to alter your position. But, hey, you said you only had seven minutes to spare.

7 Minute Workout does let you customise how long each exercise burst and “rest” session lasts, though. There are also workouts for your arms, legs, abs, for pre-sleep stretching and, erm, your “butt”. 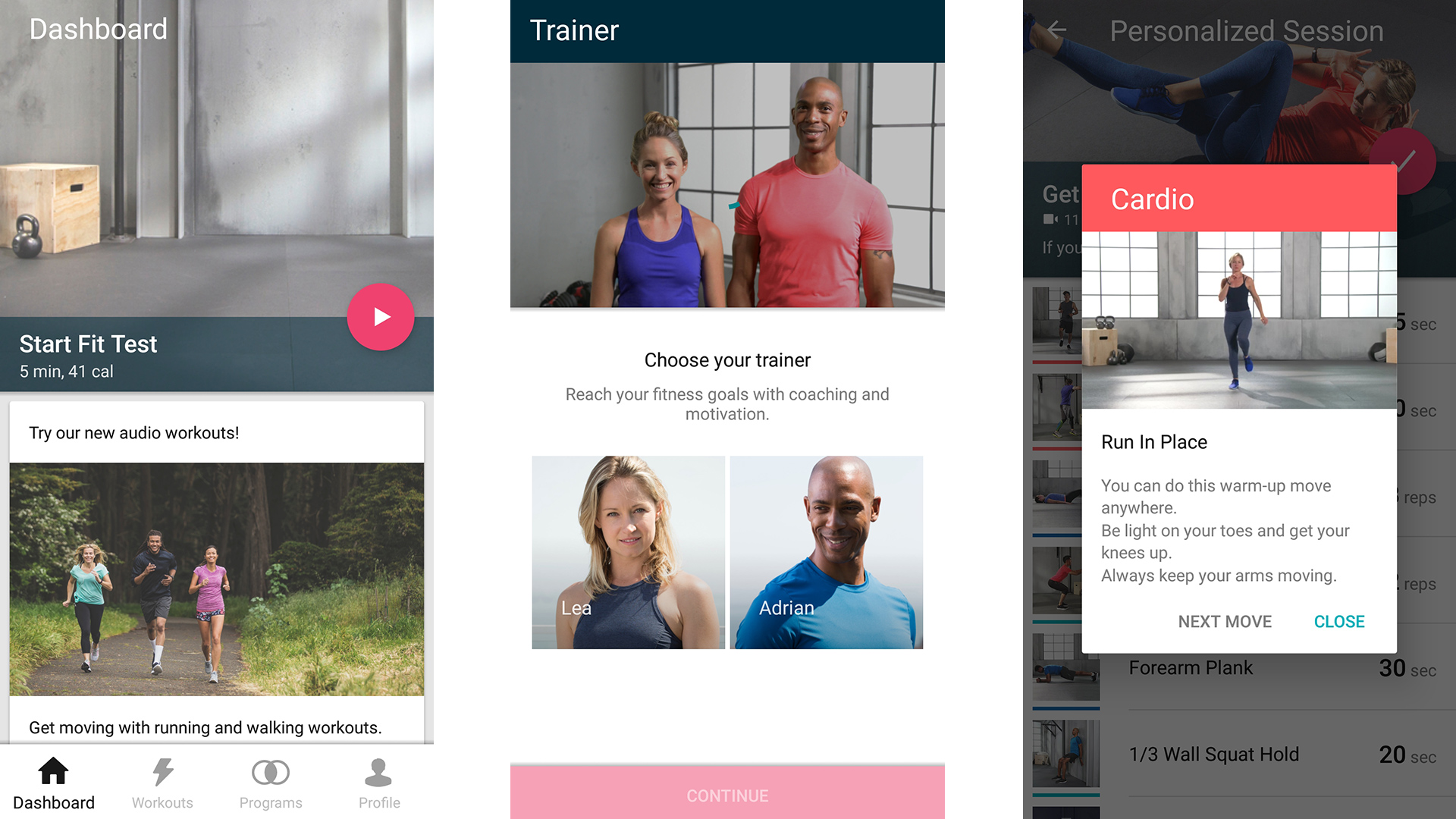 You’ve probably heard of Fitbit. It’s the app that pairs with a Fitbit tracker to count your steps, and does a good job of making moving more seem fun.

There’s another side too, though, Fitbit Coach. This is a paid-for service with high-quality guided video and audio workouts. You can even choose different trainers, a man or woman, which is handy if you find one of them intensely irritating.

There are a few workouts you can try out for free, which might do the job if you just want a pre-World Cup 2018 guilt alleviator. Or you can pay for a month’s full access, or at a discounted rate for a whole year. 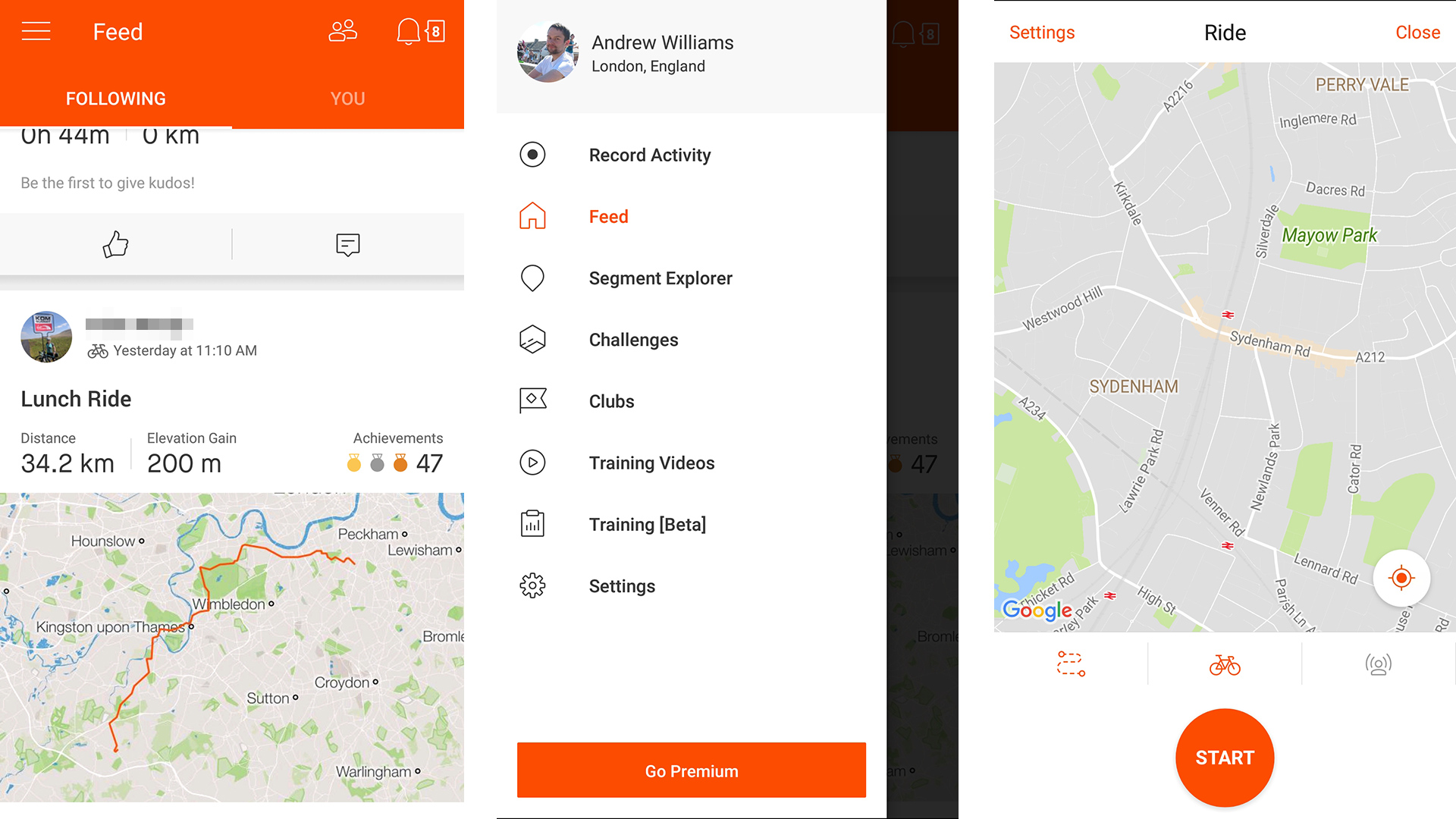 We tend to think of Strava as the fitness app for cyclists. However, it’s also a star for run and swim tracking.

Strava uses your phone’s GPS to monitor your activity over a map overlay, for the most accurate and interesting summary when you’ve finished. For those willing to put a little money on the line, it’ll also hook up to ANT+ sensors, such as heart rate chest straps.

Strava’s weakness? It’s GPS-focused, so won’t be very useful if you work out in the gym rather than on the street. 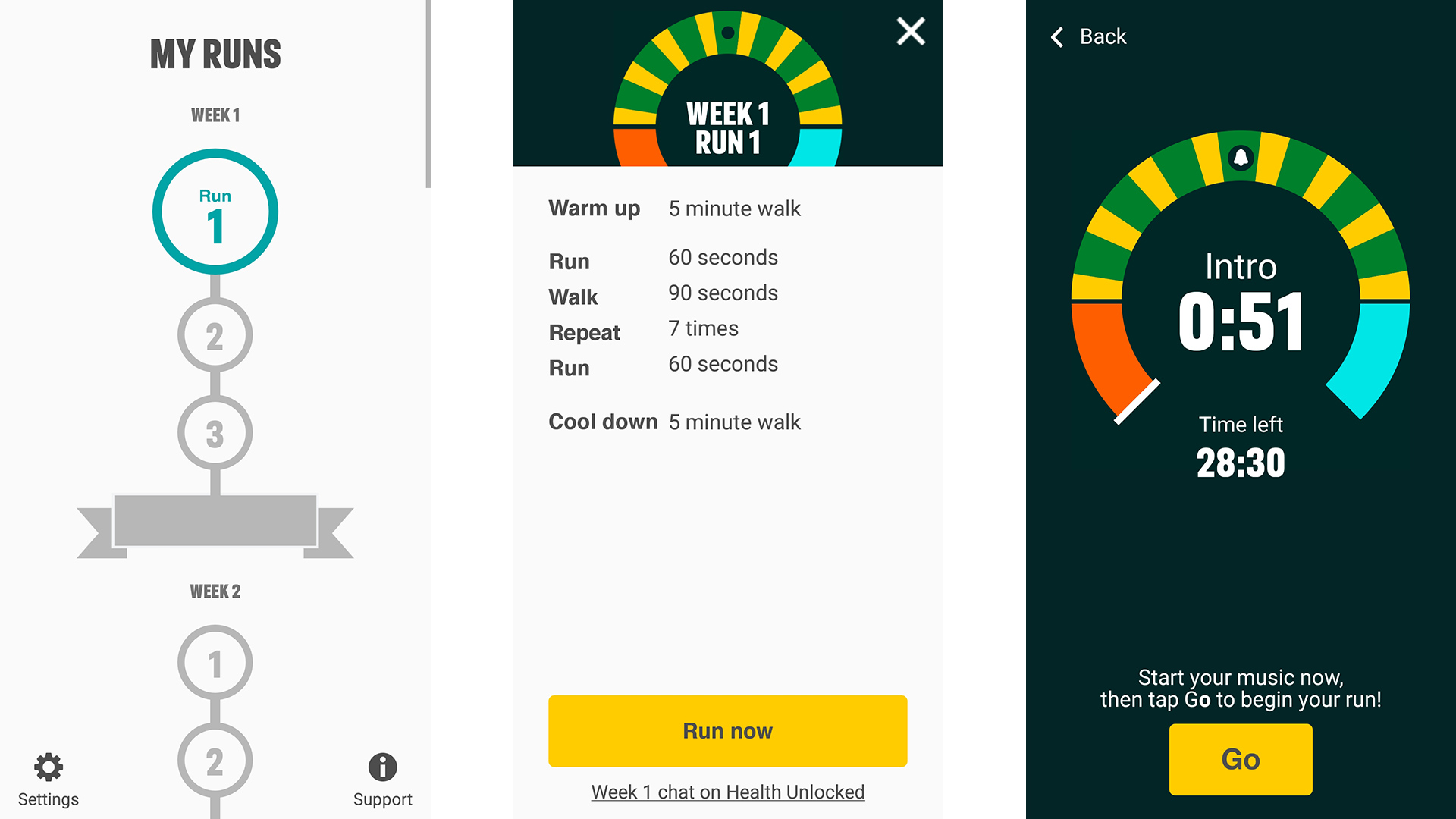 There are loads of "couch to 5K" apps. They are intended to get people from the point of doing no exercise at all to running a non-stop 5K route, usually in nine weeks.

It’s such a good idea that one of the apps is even made by England’s Public Health agency. One benefit is there are no ads, no sneaky in-app payments in this version. And you can choose your trainer, including UK radio celebrity Jo Whiley.

Want even more gloss? Active Network’s Couch to 5K is one of the most feature-packed, but is not free.

The basic content of these apps is roundly similar, though. You start off with short spurts of running interspersed with walking, gradually building up the running sections over the weeks. Don’t expect seamless progress without any effort. But it is the perfect solution if right now the idea of running a non-stop 5K seems impossible. 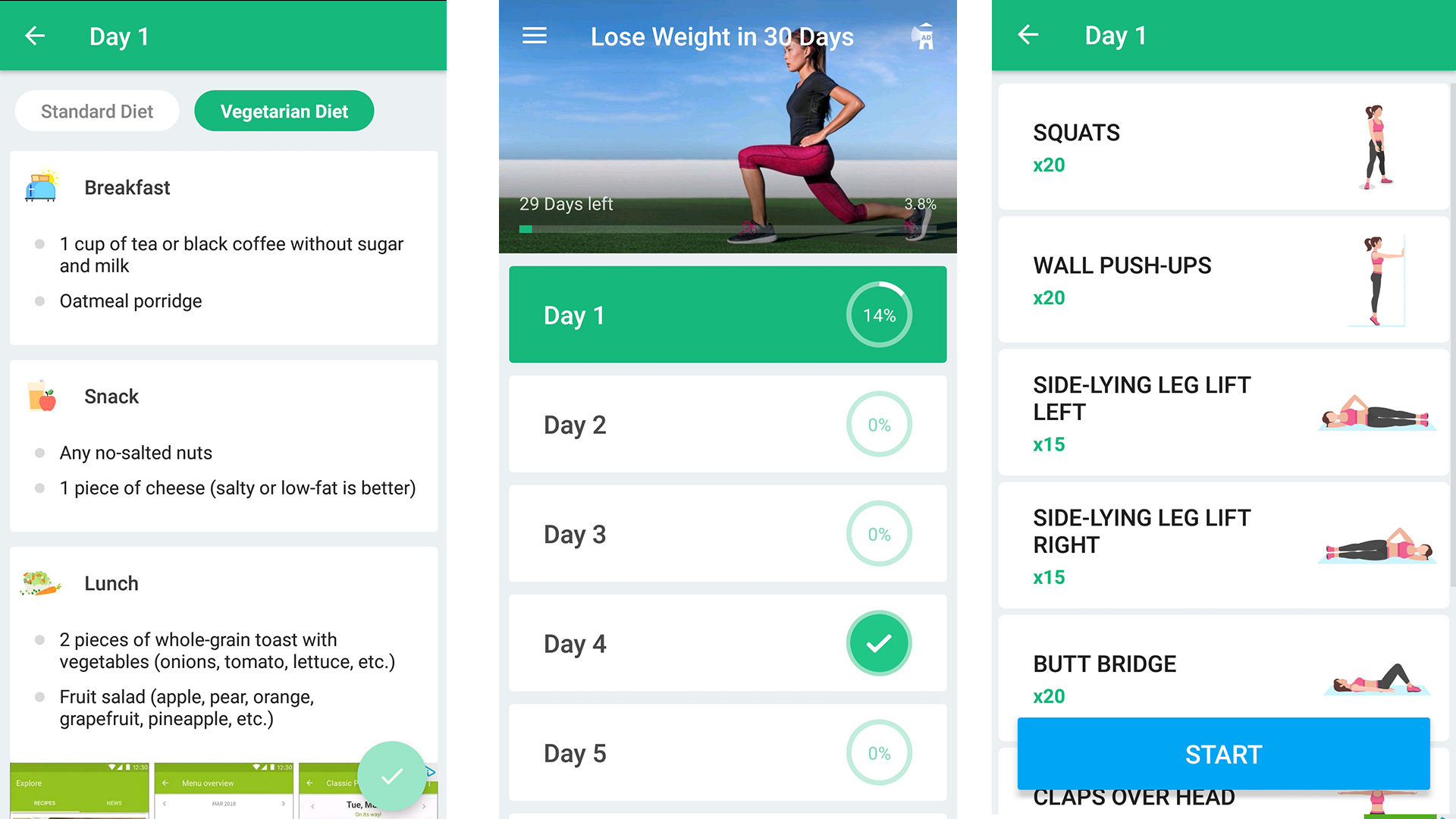 If you want an exercise and health app that doesn’t have even a whiff of macho posturing, download Lose Weight in 30 Days. It sounds like an advert for a weight loss club, but is actually just a set of ultra-simple exercise and meal plans.

Each day you get a set of moves to perform that don’t require any equipment, complete with audio cues for each and every move. Lose Weight in 30 days is like 7 Minute Workout for people who want something even more closely guided.

The meal plans are also great for those who want to prepare for a month of World Cup 2018 boozing and takeaways too. Each day the app tells you what to eat for each meal, and what you should get for a snack. Taking away your free will might actually lower the required will power.

We don’t think too much of some of their vegetarian plans, though, which seem a little too low on protein. 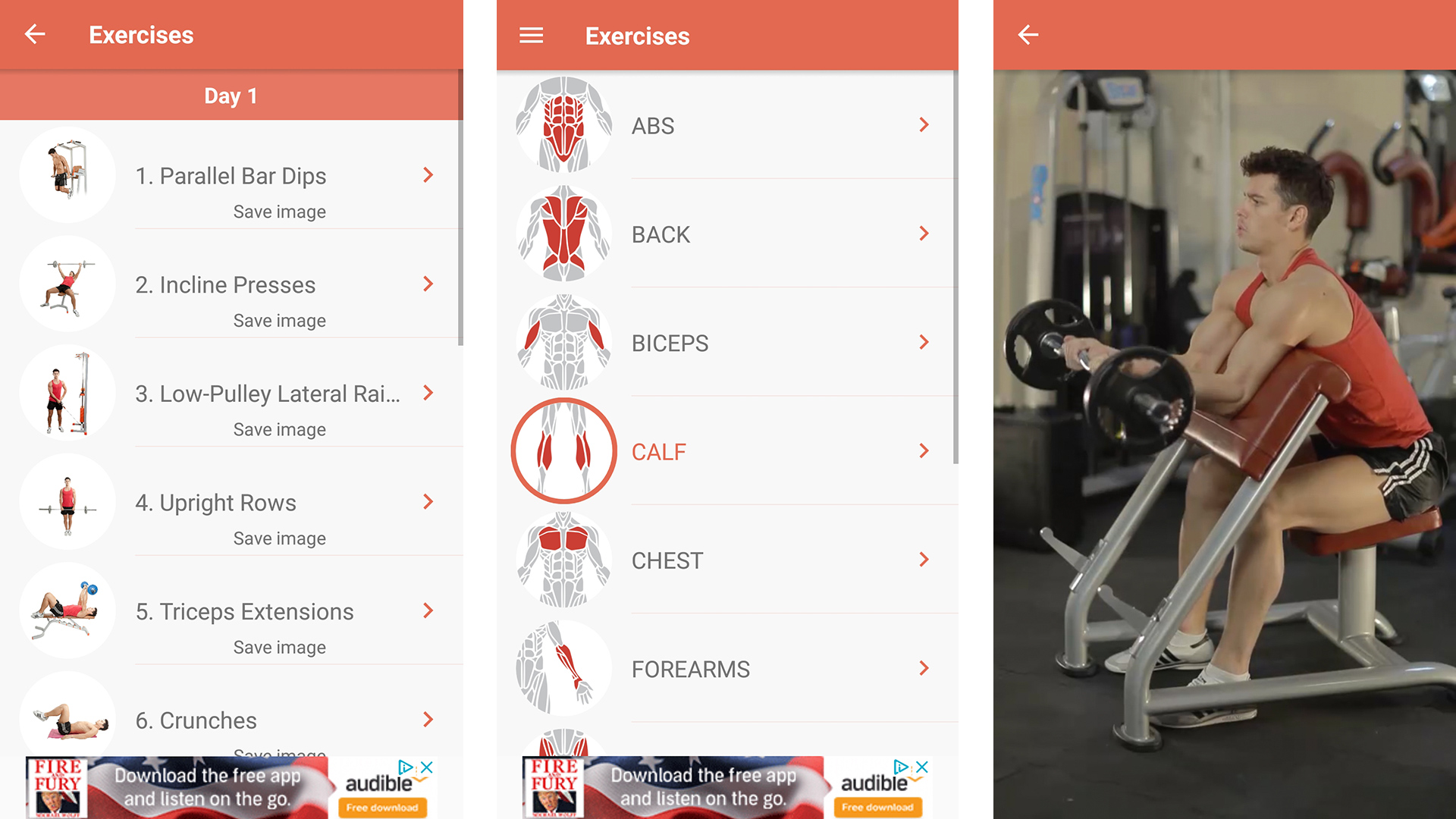 Been a while since you entered a gym? Fitness & Bodybuilding sounds like an intimidating app for muscle-bound meatheads. But it’s actually the perfect way to stop those meatheads from laughing at you when you sit down at a weights machine you can barely comprehend.

It breaks down exercises into muscle groups, shows you how to do them correctly and the gym equipment, if any, used for it. Each is accompanied by a high-quality video, and not one simply leeched from YouTube.

Once you’ve got your head around the basics, Fitness & Bodybuilding also offers a fistful of workout plans. Some of these are free to access, but you pay a fee to unlock the lot. This also gets rid of the ads, which do get quite annoying after a while.