In the past, employers were comfortable instituting policies that permitted them to refuse to hire Deferred Action for Childhood Arrivals (DACA) recipients with employment authorization. The policies were founded on the belief that since DACA recipients were not classified as “protected individuals” under the Immigration and Nationality Act (INA), employers had absolute discretion under the law in choosing not to hire them. 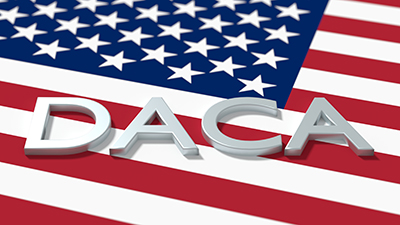 In 2014, a federal court in New York pronounced that refusing to hire DACA recipients with employment authorization could constitute “alienage discrimination” under the Civil Rights Act of 1866. The development has had far-reaching implications for employers. Employers are getting hit with a string of lawsuits over policies that allow them to deny employment opportunities to DACA recipients. The spike of alienage discrimination lawsuits by DACA recipients will certainly transform employers’ practices on hiring, firing, and recruitment or referral for a fee from here on out.

Under the INA, all work-authorized individuals may obtain relief for national origin discrimination. However, only individuals who are classified in one of five protected classes may obtain a remedy for being discriminated against on the basis of their citizenship status. The INA defines “protected individual” as (1) a citizen or national of the United States; (2) a permanent resident; (3) a lawful temporary resident; (4) a refugee; or (5) an asylee. Individuals with DACA status do not fit in any of the protected classes. Regrettably, the INA’s antidiscrimination provisions only go so far in protecting DACA recipients.

DACA is a federal program created by President Barack Obama that authorizes “recipients to remain in the United States for two years and to obtain an Employment Authorization Document (EAD), a federal work permit, and a Social Security number.” Faced with citizenship status discrimination, DACA recipients were unable to file charges under the INA’s antidiscrimination provisions because they did not belong to a protected class. Employers found an opportunity to tailor their policies in a manner that would preserve their ability to deny DACA recipients employment opportunities without breaching the INA’s antidiscrimination provisions.

The new development in the law has begun to have far-reaching implications on not only foreign nationals but also employers. Employers’ practices may soon become outdated. A policy that reflects a prohibition on hiring DACA recipients may show intentional discrimination by the employer if it’s based on an employee’s or candidate’s alienage.

§ 1981 fills a gap that was left by the INA’s classification of protected classes. Although it may once have been the norm for employers to implement policies that allowed them to refuse to hire DACA recipients with employment authorization, that may no longer be the case. Employers that choose not to hire DACA recipients based on their policies should think carefully about updating them since failing to do so may invite alienage discrimination lawsuits.