Building Trust: Admitting When You Screwed Up

Share
Wharton’s Adam Grant recently interviewed Daniel Coyle, author of The Culture Code: The Secrets of Highly Successful Groups.   They focused at the start of the talk on the issue of building trust.  Grant explains what he learned from reading Coyle’s book: 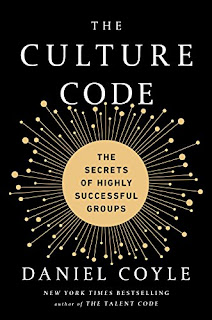 A huge theme in [The Culture Code] is trust. Iâ€™ve always thought about trust as the willingness to be vulnerable and take a risk together, but you convinced me that I had it backward. I always thought, â€œOnce we trust each other, then I can go out on a limb, because I donâ€™t have to worry about you harming me or taking advantage of me or letting me down.â€� You said, â€œActually, you take risks together first, and thatâ€™s how you build trust.â€�
After Grant shares this lesson, Coyle goes on to explain this process of building trust by first becoming vulnerable and acknowledging mistakes.  Coyle tells Grant:
One of the places I saw it first was with Ed Catmull, the president and cofounder of Pixar. Weâ€™re walking around Pixarâ€™s new Brooklyn Studio, and itâ€™s a $20 million building, the coolest building Iâ€™ve ever been in. I say to Ed, â€œThis building is really cool!â€� He goes, â€œActually, this building was a huge mistakeâ€”the hallways are too narrow, the atrium is too small, the cafeteria is in the wrong place. But the real mistake we made was that we didnâ€™t realize we were making a mistake.â€� [There was] this moment of total candor and openness, and he does this all the time.
Then I would go to the [Navy] SEALs, and the commanders there are doing the same thing. Theyâ€™re saying, â€œThe most important words a leader can say are, â€˜I screwed that up.â€™â€� Itâ€™s not that weâ€™re going to slowly build trust and then have the willingness to be vulnerableâ€”itâ€™s actually this exchange of vulnerability between two people that creates that closeness.
Take risks and become vulnerable together first, and in so doing, build trust with colleagues and team members.  That’s the core lesson here.  As a leader, how can you put this lesson into practice with your team?  What will the benefits be?  Trust clearly leads to higher team performance, more engaged employees, and better talent retention.   Building trust takes time and effort, but the payoff is substantial.

onlyinfotech Sep 25, 2020
As a concept, people analytics (or human capital analytics) has been around for years. Yet, if you’re like most…
Programmers