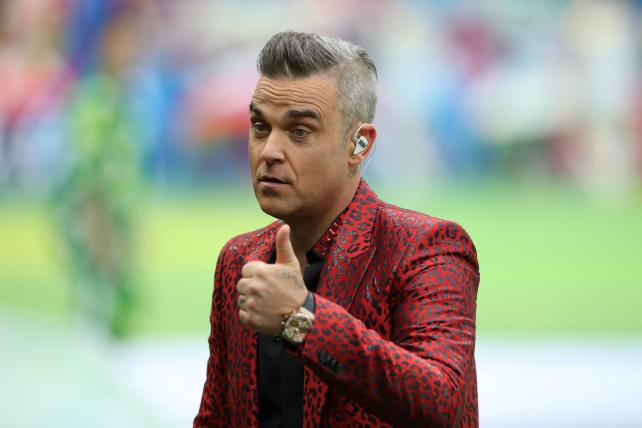 Welcome to Ad Age’s Wake-Up Call, our daily roundup of advertising, marketing, media and digital news. You can get an audio version of this briefing on your Alexa device. Search for “Ad Age” under “Skills” in the Alexa app. What people are talking about today: At the World Cup opening ceremony in Moscow, Robbie Williams looked right at the camera and flipped the bird at gazillions of viewers around the world. Fox is very sorry about that. “As it was broadcast live, we did not know what would happen during Robbie Williams’ performance and we apologize,” said Fox, which is broadcasting the World Cup in the U.S. Read more in Variety.

The AT&T-Time Warner deal officially closed. Meaning a phone company now owns media brands HBO (“Game of Thrones”), Warner Bros. (“Wonder Woman” and “Harry Potter”) and everything under the Turner umbrella, including TBS and CNN. AT&T says it will drop the name Time Warner. Which, as Business Insider founder Henry Blodget tweeted, is “a big name to retire.” The Media Business Formerly Known as Time Warner will get a new name later on, AT&T said in a statement. Any guesses? And please don’t suggest the obscene-sounding acronym that comes by combining a T and a W with an A, T and T. Obviously, some people on Twitter have thought of that already.