Good news: Over the course of the next year, 92% of finance executives in the United States plan to spend the same or more on their labor/head count than last year, according to the 2018 Global Business & Spending Outlook, a global survey conducted by American Express and the Institutional Investor Thought Leadership Studio. Compared to the 78% of finance executives worldwide who also forecast spending the same or more on labor, this certainly notes an exciting trend for both jobseekers and companies in the United States. 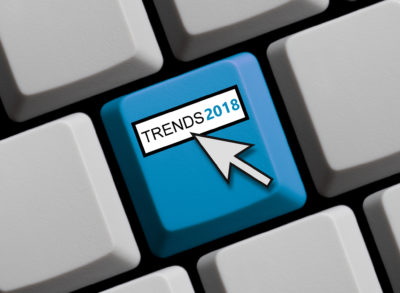 However, the survey also illuminates current challenges in recruitment, retention, and workplace satisfaction. Here are three of the trending issues uncovered among the 130 U.S. executives surveyed as part of the global study.

Broadly speaking, company performance depends on firmsâ€™ access to a few critical inputs: capital (in the form of retained earnings, equity investments, or debt); raw materials (e.g., energy and manufacturing inputs); and labor. When any of these factors are constrained, performance suffers.

Top responsibilities of HR professionals include helping to source, hire, and onboard that critical input of laborâ€”but without a functioning HR team in the first place, this process becomes more difficult. Interestingly, nearly half of U.S. respondents (43%) cited difficulty with hiring and retaining HR staff as impeding their companyâ€™s ability to meet its performance goals. In addition, out of the eight types of employees listed, respondents indicated HR staff as the most difficult group to hire and retain in the United States, as opposed to the seventh most difficult worldwide.

This effect on performance is seen during periods of low unemployment or full employment. The unemployment rate in the United States is around 3.9%, the lowest since 2000. While this is generally a great thing, it poses a two-pronged issue for companies: (1) There are fewer workers available to fill open positions, and (2) companies may face higher turnover and flight risk, as current employees can enter the crosshairs of competitors. When the HR team faces continuous turnover, daily processes can be impacted and talent pipelines can be stalled, and as a result, company performance suffers.

A companyâ€™s ability to recruit and retain high-performance talent largely depends on its HR teamâ€™s ability to find an increasingly scarce resource for the companyâ€”and their own team.

Itâ€™s no secret that companies are looking at more than just wages when evaluating the employee experience. From physical well-being perks like on-site gyms and healthy snacks to work/life balance benefits such as American Expressâ€™s new parental leave policy, companies are developing more and more creative perks to keep employees happy and retention levels high.

In order to attract and retain staff in the coming year, the survey revealed U.S. finance leaders plan to prioritize these three actions:

At the end of the day, employees should feel valued. From providing new workplace amenities such as standing desks to drafting an official teleworking policy, there are many ways to invest in employees and the overall companyâ€™s competitiveness.

Workplace conflict, whether subtle or overt, is inevitable. Perhaps unsurprisingly, the survey identified the use of technology as one source of conflict; however, itâ€™s not the technology itself thatâ€™s causing the issue. Rather, itâ€™s the varying levels of flexibility, willingness, and patience required to learn, adopt, and use the technology among different age groups in workplaces.

Approximately 85% of respondents reported that technology is a persistent source of conflict or disagreement among members of various age groups in their workforce. The Millennial generation, which is considered to be more tech-savvy than any previous generation, now makes up the largest segment of the workforce.

Many have never lived in a nondigital world, and as young, inexperienced workers, they tend to expect that the rest of the world has similar experience and shares their values. Workers of older generations may lack the technological flexibility and nimbleness of their younger colleagues or feel more uncomfortable using different types of technology than younger generations.

Itâ€™s true: Hiring and retaining HR staff, retaining employees, and mitigating generational conflict among employees will always be evolving challenges. But just as this piece began on a good news note, it will end on one, too.

A majority of respondents (62%) say their office culture is â€œmore often positive than negativeâ€� when discussing and evaluating ideas and making decisions. The remainderâ€”38%â€”say they have a consistently positive culture. In the face of these challenges, itâ€™s refreshing to hear the majority is open to working together to develop a compromise that leads to winning solutions.