On Saturday, BeyoncÃ© and Jay-Z launched a new collaborative album called “Everything is Love” exclusively to Tidal subscribers, the streaming service that Jay-Z owns. Just under two days later, Everything is Love has now launched on Apple Music, Spotify Premium, and Amazon Music Unlimited, making this a very short timed exclusive for Tidal (via Variety). In two weeks, the album will be available on Spotify’s free tier.

In relation to Apple Music, The Carters have had a somewhat rocky relationship with Apple’s streaming music service. BeyoncÃ©’s “Lemonade” album never launched on Apple Music and remains available for Apple customers only as a $17.99 paid download in iTunes. Although Jay-Z quietly removed many of his albums from Apple Music in April 2017, most eventually came back, and his own album “4:44” had one week of Tidal exclusivity before appearing on Apple Music last summer. 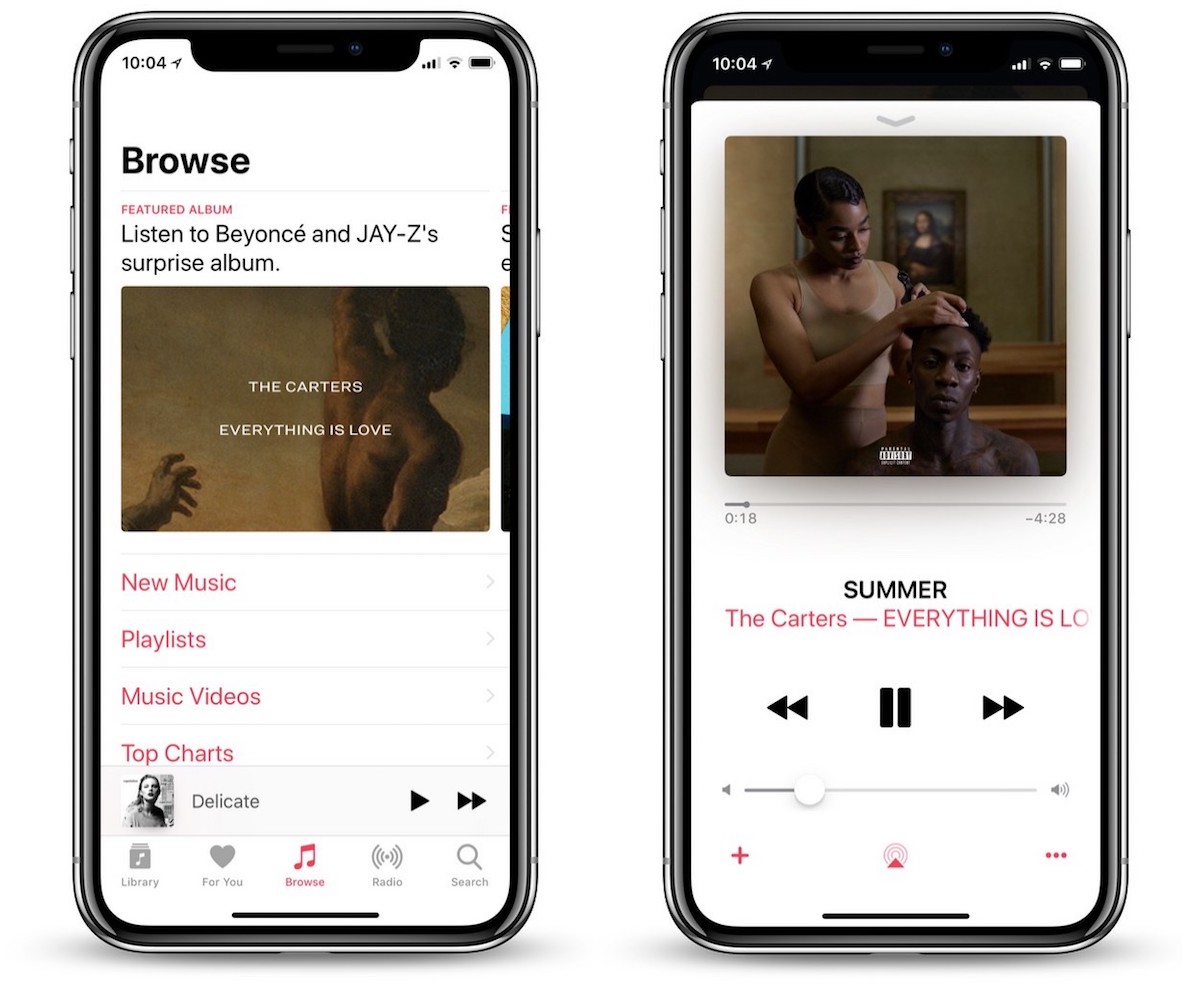 Tidal has had a rough couple of months as well, beginning with a report last December that claimed the company was facing money problems due to “stalled” user growth, and could run out of working capital in six months. Nearly six months later, Norwegian news site Dagens NÃ¦ringsliv reported that Tidal was months behind on its royalty payments to record labels.

Furthermore, Tidal last month confirmed to its customers that it was investigating a “potential data breach” on the platform. The company said it had gone so far as to hire an “independent, third party cyber-security firm” to find out what happened. It’s still unknown how widespread the potential breach was and what aspects of Tidal users’ data might have been compromised. Tidal CEO Richard Sanders said that the company would share the results of the security firm’s discoveries “once completed.”

Amid the turmoil, Tidal exclusives have grown short or ended completely, as with Kanye West’s latest album “ye,” which launched on Apple Music, Spotify, and Tidal on the same day. In 2016, West launched “The Life of Pablo” as a Tidal exclusive, but eventually allowed the full album to stream on Apple Music and other services.

Years later, West reportedly sought to end Tidal’s exclusivity rights over his new music and break from the service. West claimed he was owed “more than $3 million” because his album “resulted in 1.5 million new subscribers to Tidal, for which he was supposed to get a bonus”, but Tidal never paid. At the time of those claims, sources close to West said the artist successfully ended exclusivity rights with Tidal and cited “Tidal’s failure to honor its financial obligations.”

Tidal’s subscriber base isn’t known, but it is believed to be much smaller than Apple Music (50 million including those on free trials) and Spotify Premium (75 million). Major exclusives like The Carters’ new album likely help increase the company’s paid subscriber count for both its $9.99/month standard sound quality tier and $19.99/month Hi-Fi tier, despite the short exclusivity window. Still, with a 30-day free trial and no confirmation of subscriber numbers, it’s unclear how many new users will stick around.

Tidal subscribers will have one advantage over other users, since the bonus track “Salud” remains a Tidal exclusive.