Housing Starts increased to 1.350 Million Annual Rate in May 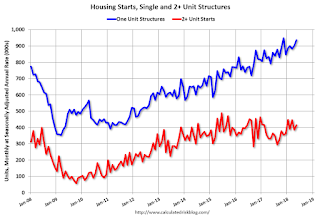 Multi-family is volatile month-to-month, and  has been mostly moving sideways the last few years.

Single-family starts (blue) increased in May, and were up 18% year-over-year. 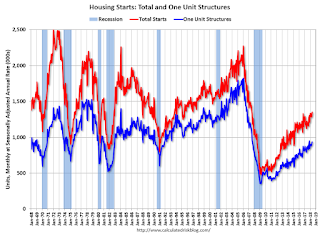 Total housing starts in May were above expectations, however starts for March and April were revised down slightly (Combined).