How Unexpected Partnerships Can Fuel Brands 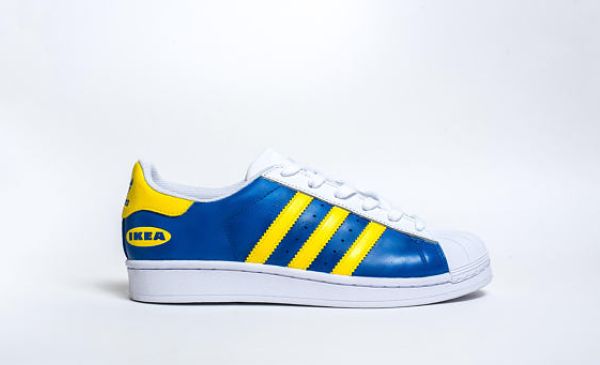 Adidas and IKEA recently announced they were joining forces in a slightly surprising brand partnership. But is it such a bad idea for brands which don’t immediately seem natural bedfellows to team up?

Let’s remove ourselves from the world of brand for a minute, and look at the world of human relationships. The Gottman Institute was founded by Dr. John Gottman, and for nearly four decades he has conducted research on all facets of relationships. From these four decades of research, they have categorized three happy couple types – Conflict-Avoiding, Validating, and Volatile (there are also two unhappy couple types of Hostile and Hostile-Detached, but these are best ignored for brand partnerships for obvious reasons).

Considering both Validating and Volatile couple types, the interaction of the Validating Couples is characterized by ease and calm. They emphasize supporting and understanding their partner’s point of view, and are empathetic about their partner’s feelings and will often compromise. In the case of Volatile Couples they can be emotional, persuasive, and love to debate and argue but are not disrespectful. They may disagree but they retain a connection and honesty in their communication.

Now the parallel here to brand may be a little tenuous, but hopefully you’ll forgive me this in order to make the point. My suggestion is that, as with human relationships, there are different types of brand partnerships. There are those between brands with obvious similarities, the brands which validate each other, and there are those between brands which may appear to have traits which aren’t overtly similar and which could potentially be seen as contradictory or volatile, and a cause of friction.

There are many examples of obvious brand partnerships in which we see similarities in brand traits. In fact, even at the same event that IKEA announced their Adidas partnership they announced a partnership with Sonos on a networked speaker called a Symfonisk. IKEA and Sonos working together on an audio product for the home is obvious, there’s no friction in that combination. We could list frictionless brand partnerships all day – Vice + Smirnoff, National Geographic + Tourism New Zealand, The Wall Street Journal + Chase, Men’s Health + Fitbit. These are all partnerships in which the two brands clearly validate the other through clearly related brand traits.

However, maybe it is in the odd couples, those combinations which seem to have the potential for friction, that we might find brand partnerships which can produce a different kind of energy. The excellent Geoffrey Colon said of the IKEA and Adidas partnership on LinkedIn recently, ‘The best ideas come at the intersection and collision of things we don’t assume as normal.’

Friction converts useful kinetic energy (also called ordered energy) into thermal energy (disordered energy), or heat – so what are these less-than-obvious partnerships that might light a fire within the desired audience?

The IKEA and Adidas collaboration is quite an unexpected combination, but one which has supposedly come together to ‘explore the connections between living spaces and sport, and how we can help to create healthy habits.’ Two brands from seemingly different places and with different traits, but who have come together to find a space where they can create a combined energy and drive to achieve something. Another partnership which it seems would have some friction, due to the clear differences in the brands, is that of Saucony and Dunkin’. A running brand and a doughnut brand don’t, on first glance, seem to be a natural fit. However, Saucony have created a limited edition running shoe for the Boston Marathon in partnership with Dunkin’, producers of an iconic breakfast staple from Boston.

These two examples are partnerships of brands which, on first glance, really don’t have all that much in common. They certainly don’t have brand traits that obviously align. However, it is in their differences that a certain amount of intrigue is created, and in an attention economy this is no bad thing.

Bringing brands together who are less-than-obvious partners might cause a little friction. But a little friction isn’t necessarily a negative thing – it may light a spark which ignites an energy and potentially some attention in the partnership. In an attention economy it is vital we look for ways through which we might encourage interest in a brand. Lighting a fire by using a little brand friction might be a great way of doing that.

Contributed to Branding Strategy Insider by: Paul Bailey, Strategy Director at We Launch

onlyinfotech Sep 25, 2020
As a concept, people analytics (or human capital analytics) has been around for years. Yet, if you’re like most…
Programmers