What Happens when an Alleged Harasser Claims Discrimination?

Occasionally, an employee accused of harassment will file a charge with the Equal Employment Opportunity Commission (EEOC) claiming that he was subjected to disciplinary action even though he was innocent or that he was the real victim of harassment.

Without more information, the EEOC should dismiss such a charge since none of the laws it enforces protect accused harassers. Unless the employee asserts that the original allegation of harassment or the adverse action taken in response to the allegation was a pretext (excuse) for discrimination based on a protected characteristic (race, color, national origin, gender, religion, age, disability, or genetic information) or retaliation because he made a protected complaint, the EEOC will not investigate his charge. But what should an employer faced with a similar complaint do? 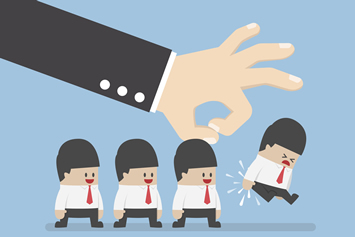 During my career with the EEOC and beyond, I have investigated many charges of workplace harassment, but only a few in which the alleged harasser claimed that the original charge or the resulting adverse action against him was discriminatory harassment or retaliation. In those instances, I have found employers hesitant to investigate allegations made by accused harassers. The law requires that all reports of unlawful discrimination be promptly investigated and remedial action be taken as warranted. There are no exceptions based on how, when, or by whom the report was made.

When you receive a complaint about harassment or discrimination from an employee, it’s important to be able to show that you promptly and thoroughly investigated the accusations in case the employee follows up with an EEOC charge or a lawsuit. As I have said many times (and will continue to say!), documenting that you followed the law is the best defense to any discrimination charge. That’s the case no matter who files the charge.

Most often, complaints from alleged harassers come after the investigation and final action in response to the original complaint. But sometimes they can be almost simultaneous, and it becomes necessary to investigate competing claims. In those circumstances, it’s particularly appropriate to retain a neutral outside investigator because it will be easier for someone outside your organization to remain objective and rise above any accusations of bias. If you choose to use in-house investigators, however, I strongly suggest having two different employees who never compare notes conduct separate investigations. With competing charges, it becomes even more important to avoid any appearance of bias.

Maintain a Culture of Openness

I’ve also found that employees and managers who were wrongly accused of harassment rarely reported the events leading up to the charges against them. Their accusers drew them into uncomfortable or confusing conversations, challenged them over seemingly inconsequential topics, or kept appearing in unusual places at odd times, but there was no record of that conduct. Managers especially seem to feel they are admitting failure if they report an ongoing issue with a subordinate.

A culture of openness at every level is necessary to lessen the chances of being accused of harassment. Everyone, including management, needs to have someone in authority with whom they can have uncomfortable conversations without worrying about repercussions. Any employee or manager who has the feeling that something is amiss with another employee needs to report his concerns, and the report needs to be documented.

Some states have wrongful termination laws, which accused harassers have relied on to file suit against their former employers. The laws differ by state, so there’s no guarantee that your company will never be sued by someone you disciplined or discharged because he was accused of harassment. But generally, and especially under federal law, an accused harasser will have a tough time proving he was wronged as long as you can show you have (and consistently follow) a strong policy, promptly investigated the allegations of misconduct, and took any adverse action based on the findings of that investigation.

The post What Happens when an Alleged Harasser Claims Discrimination? appeared first on HR Daily Advisor.