“In order to deal with a bully, you must know what one looks like.” -Greg Williams, The Master Negotiator & Body Language Expert 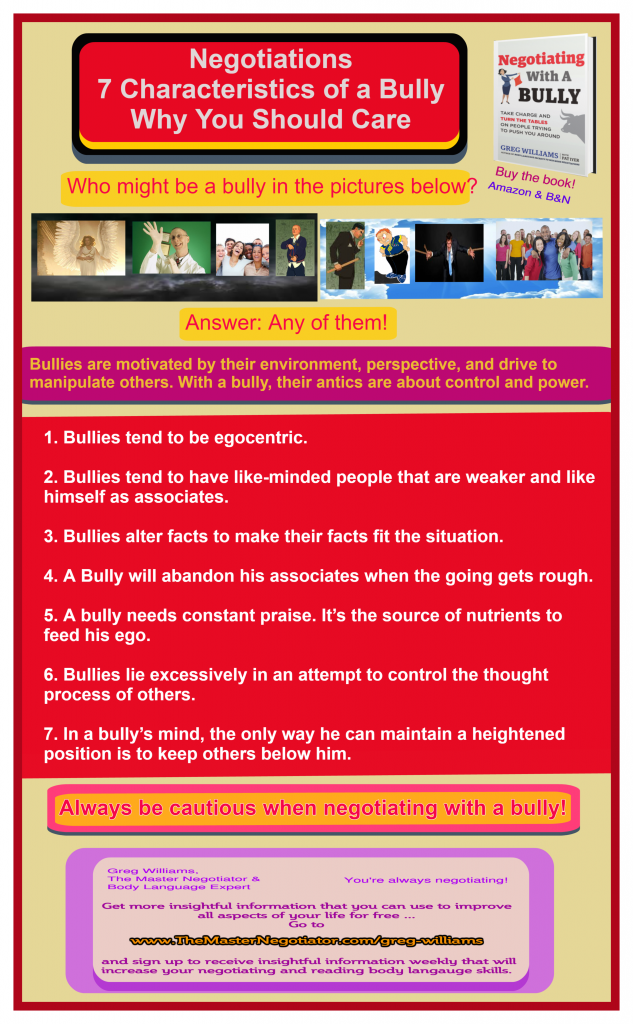 “Negotiations – 7 Characteristics of a Bully – Why You Should Care”

“He will lie to your face, and not give a damn if you know he’s lying!” Those were the exasperated words of one member on the same negotiation team to another.

Do you know anyone that possesses the following 7 characteristics? If so, they just might be a bully.

When involved in #negotiations with someone that’s overly aggressive or someone that’s an outright bully, you should take note of the following characteristics to identify who he is.

Dealing with bullies is always a dicey proposition. Being oblivious to his characteristics can lead to a stressful negotiation, one in which you may lose before you realize what has occurred. If you use the 7 traits above to identify with whom you’re dealing, you’ll have an idea of what you’re up against. From there, you can be on guard as to how you engage him in the negotiation … and everything will be right with the world.

The post “Negotiations – 7 Characteristics of a Bully Why You Should Care” – Negotiation Tip of the Week appeared first on The Master Negotiator & Body Language Expert.