Employer groups will be able to start offering association health plans (AHPs) as soon as this September 1, under the final AHP rule announced June 19 by the U.S. Department of Labor (DOL). 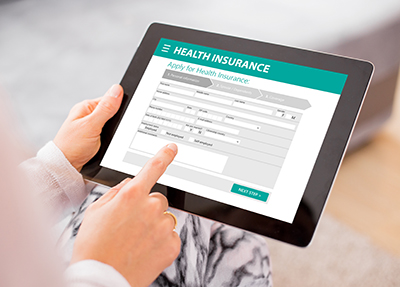 Like the version proposed in January, the final rule allows employers with a “commonality of interest” to offer joint coverage without many of the restrictions that previously applied to coverage provided through associations. Under the final rule, however, a group offering an AHP must have at least one “substantial business purpose” besides providing benefits, though doing so still may be its principal purpose.

“The intent of this final rule is to expand access to AHP coverage options, while protecting plan participants and beneficiaries from imprudent, abusive, or fraudulent arrangements,” DOL explained in the preamble to the final rule. The agency also cited commenters on the proposed rule who observed that most small businesses can join a chamber of commerce or professional association, and that “a proliferation of groups or associations established for the exclusive purpose of sponsoring an AHP” could diminish the value of such organizations.

The final AHP rule, published June 21 (83 Fed. Reg. 28912), follows the submittal of more than 900 comments on the proposed rule that DOL published January 5. The rule was developed in response to an executive order issued by President Trump in October 2017. Among other things, the order called for loosening AHP commonality rules as one way to expand alternatives to the Affordable Care Act (ACA) exchanges and enhance competition in the market for health coverage.

The final rule allows fully insured plans to begin operating under the new rule on September 1, 2018. Existing self-insured AHPs can begin operating under the new rule on January 1, 2019, and new self-insured AHPs can begin on April 1, 2019. “This phased approach will provide prompt relief to individuals seeking affordable health coverage through AHPs,” DOL explained, “while allotting some additional time for the Department and State authorities to address concerns about self-insured AHPs’ vulnerability to financial mismanagement and abuse.”

To address one major employer concern about the proposed rule, the final rule expressly preserves existing AHPs that were formed to comply with the previous guidance on association coverage under the Health Insurance Portability and Accountability Act (HIPAA). Some commenters argued that because those AHPs did not design their operations with the new requirements in mind, they “may not be able to comply with the new conditions without reducing existing options for affordable healthcare.”

DOL agreed. “AHPs may continue to rely upon the Department’s previous guidance,” the agency noted. “This final rule provides an additional mechanism for groups or associations to meet the definition of an ‘employer’ and sponsor a single … group health plan; it is not the sole mechanism.”

As proposed, the final AHP rule amends the definition of “employer” under the Employee Retirement Income Security Act (ERISA) to include an association of employers linked by industry or geography that is formed to sponsor a group health plan for its employer members.

Although employers of all sizes would be eligible for the rule’s new AHP option, employers currently in the small group or individual market are likely to be most interested, because combining in an association that covers 50 or more employees would put them in the large group market, where ACA requirements like essential health benefits (EHBs) do not apply.

The rule’s “commonality of interest” test will be satisfied by employers that are either (1) in the same trade, industry, line of business, or profession, or (2) located in the same state or metropolitan area. Such employers may form associations for the primary purpose of offering health coverage to members, provided they have a “substantial” unrelated business purpose, which need not be a for-profit purpose.

As under the previous guidance, the group or association must have a formal organizational structure for controlling plan administration and other functions, in both form and substance. Only current and former employees of employer members (and their beneficiaries) may participate in the plan.

Like the proposed version, the final rules for the first time allow “working owners” to participate in an AHP. Business owners without employees have traditionally been excluded from ERISA’s group health plan provisions, but the rules now allow them to join AHPs as employers, and participate in the plan as employees.

To maintain the distinction between group and individual coverage, the rule requires that the individual earn income for providing personal services to the trade or business, and either (1) provide an average of at least 20 hours per week (or 80 a month) of these services, or (2) has wages or self-employment income from the business at least equal to the cost of coverage under the plan.

DOL deleted a provision from the proposed rule that would have disqualified individuals eligible for group health coverage from another employer or a spouse’s employer.

If AHP is formed according to the new rule, regulators will no longer “look through” the association to its employer members when determining group size. Therefore, insured AHPs covering more than 50 employees in all will be treated as large group plans, meaning they will not be subject to many of the insurance rules that apply in the small group and individual markets—such as covering all of the ACA-listed EHBs, varying premiums only by certain parameters within certain ranges, and treating the small group and individual markets each as a single risk pool.

However, AHPs under the rule still will be subject to HIPAA’s nondiscrimination rules, which prohibit varying eligibility or benefits among “similarly situated individuals” based on a health factor. HIPAA does allow variations according to certain bona fide classifications and, DOL clarified in the final rule, such otherwise permissible variations could be applied employer-members of an association.

The AHP rule does not preempt state laws, so states may continue to regulate AHPs as multiple employer welfare arrangements, whether fully insured or self-funded.