Employer Probably Should “Give a f___ about” Employee’s Religion

Religion has been a major feature in many historical conflicts. It probably comes as no surprise then that religious conflicts around the globe are on the rise. And it’s no wonder that in our religiously pluralistic nation, employers and employees find it difficult to navigate the religious accommodation requirement in Title VII of the Civil Rights Act of 1964. 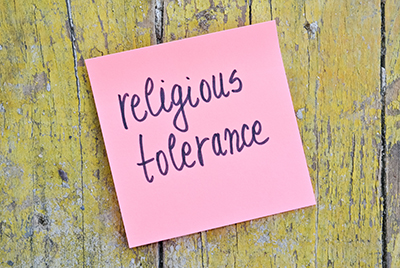 Dale Langford worked as a car salesman at Bell Motors, LLC, a dealership in Phoenix, from February to October 2013. The dealership requires all salespeople to work on Sundays. It also requires salespeople to reach out to prospects by phone on a day-to-day basis.

Langford is a Baptist who believes that Sunday is a day of rest for all people. For financial reasons, he chose to work on Sundays. However, he remained steadfast in his vow not to interrupt others’ observance of the day of rest, even though he was willing to forgo his own day of rest. For that reason, he refused to make unsolicited sales calls on Sundays; he would call only customers who requested a call.

On Sunday, September 1, 2013, Bell’s desk manager, Neil Lyons, told Langford and other salespeople to make unsolicited calls to prospective customers. Langford responded that he would not “harass” people on Sunday. His protest was joined by a colleague who later filed a companion case against the dealership.

Frustrated, Lyons brought in the general sales manager, Frank Stevens, who approached Langford minutes later and said something to the effect of “I do not give a f___ about your religion. Get on the phones, or you are fired.” Langford continued to refuse to make sales calls, and he was not required to make unsolicited calls on Sundays after the confrontation with Lyons and Stevens.

Events Leading up to the Litigation

In response to Stevens’ comments, Langford left a voice mail for HR specialist Janice Jordan requesting that she call him back about an interaction with his supervisor. He didn’t leave specifics on the voicemail message or make known to Jordan that he intended to lodge a complaint under the dealership’s antidiscrimination policy.

Jordan never returned Langford’s call to determine the nature of his complaint; instead, she alerted the general manager, Eric Zimmerman, about the voice mail. Zimmerman and Stevens met with Langford to discuss his call to HR, telling him that any future issues should be directed to them, not HR. Zimmerman informed Jordan that he had handled the situation, and she never followed up with Langford.

After his meeting with the managers, Langford sought approval of negotiated sales to two prospective customers, but Stevens refused to approve the deals. Two days later, Stevens approved an identical deal for the same customer, but with another salesperson. With regard to the second deal, Stevens refused to honor the advertised sales price, directing Langford instead to quote a price that was approximately $5,000 higher. In both instances, Langford lost out on commissions. He resigned his position a few days later, on October 1, 2013.

Langford sued the dealership in Arizona federal court under Title VII for discrimination based on its failure to accommodate his religion, a hostile work environment, and constructive discharge. He also brought a Title VII retaliation claim. In addition to general damages, Langford sought punitive damages against the dealership.

For the sake of brevity and because these issues are regularly addressed in Arizona Employment Law Letter, this article does not address Langford’s hostile work environment, constructive discharge, and retaliation claims.

To succeed on his failure-to-accommodate claim, Langford had to show that (1) he has a bona fide religious belief, the practice of which conflicted with his employment, (2) he informed the dealership of his beliefs and the resulting conflict, and (3) the dealership threatened him or subjected him to discriminatory treatment because of his inability to fulfill his job requirements. If he was able to establish those three things, the dealership had to show that it engaged in good-faith efforts to accommodate his religious beliefs.

In asking the court to enter judgment in its favor, the dealership asserted that Langford’s refusal to make unsolicited sales calls on Sundays was neither sincere nor religious. The dealership claimed the belief was insincere because he was willing to work on Sundays and make solicited sales calls. That, it argued, was inconsistent with his belief that Sunday is a day of rest.

Langford explained that he would interrupt his own day of rest because of the necessity of earning a living, but he wouldn’t interrupt that day for others. The court refused to enter judgment in favor of the dealership, ruling that a bona fide religious belief includes sincerely held religious views about moral or ethical beliefs as to what is right and wrong. A religious practice may be sincerely held by the employee even if it isn’t consistently observed.

The dealership also asserted that because Langford couldn’t prove that the Baptist faith espouses his belief, it isn’t a religious belief. Langford argued that he need not make such a showing, and the court agreed. The court noted that whether a religious group espouses the belief plays no role in determining whether it is a religious belief to the employee.

Request for Accommodation by any Other Name

Langford conceded that he didn’t make a formal request for a religious accommodation, but that didn’t doom his claim because an employee need not explicitly ask for an accommodation. Simply informing the dealership of his religious needs in a manner sufficient to allow it to understand the conflict between his religion and its expectations would be enough to place the dealership on notice.

Based on the evidence presented, the court concluded that the dealership was properly notified. Langford told his supervisors that he didn’t want to harass people with unsolicited sales calls on Sunday. The general sales manager demonstrated that he understood the conflict was religion-based when he responded in a manner expressing how little he cared about Langford’s religious beliefs.

A Closer Look at Punitive Damages

Langford presented evidence that Stevens made disrespectful comments about his religion and engaged in retaliatory behavior sufficient to support the showing of requisite malice or reckless indifference required for punitive damages. The fact that the dealership implemented an antidiscrimination policy and Stevens still declared that he did not “give a f___ about [Langford’s] religion,” coupled with the fact that Langford’s supervisors directed him not to go to HR with further complaints, supported his request for punitive damages.

The errors committed by the dealership in its handling of Langford’s accommodation request are many. First, although the dealership implemented an antiharassment and antidiscrimination policy, management and HR didn’t follow the policy. Second, while frustration is a natural human response when an employee refuses to follow a directive, managers must look deeper into the reasons for the employee’s refusal and refrain from expressing that frustration. Third, management’s frustration seems to have seeped into future dealings with Langford in a way that appears to constitute retaliation for his accommodation request and complaint to HR.

Antiharassment and antidiscrimination training must be broad enough to address all protected categories as well as how management should respond to information that puts the company on notice of an employee’s need for accommodation. Finally, it’s important that HR follow up on employee complaints rather than accepting a manager’s word that the situation has been handled. The dealership may very well have lost the defense of “reasonable care” that is available to employers that implement complaint procedures to address such situations of perceived discrimination or harassment.

Jodi R. Bohr, an attorney with Gallagher & Kennedy, P.A., who practices employment and labor law with an emphasis on litigation, class actions, and HR matters, is a frequent speaker on a wide range of employment law topics. She may be reached at jodi.bohr@gknet.com.

The post Employer Probably Should “Give a f___ about” Employee’s Religion appeared first on HR Daily Advisor.