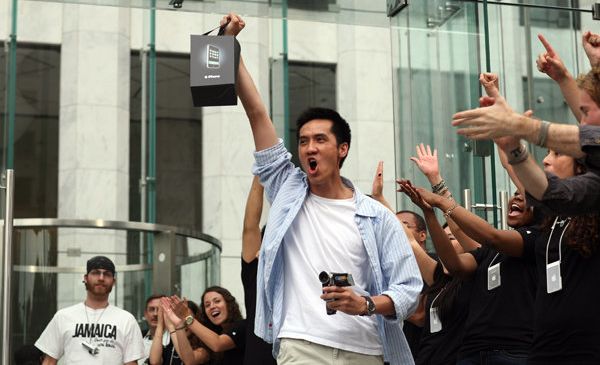 Among the most coveted groups for brand marketers, we often place brand loyalists, brand advocates or even brand fanatics at the top of our wish lists. But for new brands or products, we earnestly seek early adopters.

Early adopters are generally younger, better educated, more social and better off financially for most categories. In other words, they are less risk-averse because they can more easily afford to lose. They are generally thought of in the context of technology products, but most marketers apply this description to anyone who readily embraces innovations or introductions, regardless of category. Other consumers, especially those particularly reluctant to try new things, regard early adopters (roughly 13% of the population according to “Diffusion of Innovations” by Everett Rodgers) with suspicion. But as a partner of mine was fond of observing, “Fools rush in … but usually get the best seats.” They take the risks … and get the rewards.

It’s In Their DNA

In an interview on the program “Living on Earth,” Craig Childs, author of “Atlas of a Lost World: Travels in Ice Age America” offered his observation about a unique trait common in adventuresome people. According to Childs, D4 (a dopamine receptor) is a genetic marker found in people who tend to be restless, less cautious and more risk taking. This has been found to be more prevalent in native genomes the further you follow the migration path of people in the western hemisphere—the route from Alaska to South America. In effect, because of their D4 receptor, generations of these prehistoric “early adopters” kept pushing human habitation southward over thousands of years. Those with whom the D4 receptor was less prevalent tended to settle early. They did not need or care to know what was over the next horizon.

It Feels Good To Them

Dopamine, as we have examined previously on Branding Strategy Insider, is a neurotransmitter chemical that controls the brain’s reward and pleasure centers. Just as marketers leverage dopamine-triggered pleasure by means of humorous ads to deliver attention-getting, memorable messages, brands should also remember dopamine’s role in driving early adoption. In essence, the pleasure reward is stronger than the fear of failure (and punishment) for early adopters.

Early adopters are like a jumpstart to brands in their launch phase, restage, reformulation or product line expansion. They “get the party started” and are often heralded as proof of the pent-up demand for the brand’s new solution or innovation. Apple has shown their early adopters cued-up behind velvet ropes at their retail locations with the introduction of a new phone or computer so often, that it has become an expected cultural phenomenon. And if the lines of early adopters at Apple are shorter than expected, that gets reported, too. Early adopters are also critical to the predicted success or failure of a new movie release from news reports of the first weekend’s receipts. Will it be a blockbuster or a flop? Early adoption box office rates will tell the tale. Big box retailers also watch early adoption rates very closely by limited store tests for new brands or products. Poor early performance usually means a swift exit. Great performance means someone else’s brand is shown the door.

As Norty Cohen, founder of the ad agency Moosylvania, pointed out at the recent Un-Conference two growing cultural phenomena that are meaningful to this examination of early adopters. The first is the “share effect”: Reach + implied endorsement. The second is “FOMO”: Fear Of Missing Out. Norty was referring to these in the context of leveraging greater brand engagement through participation strategies. But they also underscore the secret power of early adopters. In our hyper-social media connected society where, according to Geoff Colon, Sr. MarCom Designer for Microsoft, an astounding 70% choose activities based on their posting value on Facebook, the share effect from early adopters can be particularly potent. Consequently, FOMO is exacerbated in the next group of consumers, the “early majority.” In today’s marketplace, for most consumer brands, the winning marketing formula looks like this: Well targeted early adopters + social media sharing = early majority FOMO Momentum (Band wagon effect).

All of this was theorized by Everett Rogers in his book “Diffusion of Innovations” first published in 1962, which identified the four main elements to the diffusion process: the innovation itself, the communication channels, time and the social system. All of these are critical to the brand marketer in developing the strategy and tactics to introduce a new product, service, process or idea.

The real question the marketer of a new brand should be asking is not “who is my target?” but “who are my early adopters?” within that demographic and psychographic group. More than anyone, early adopters can be identified for three things: 1. They know that they have a problem to solve. 2) They know exactly what that problem is. 3) They are actively seeking a solution for it. As a marketer, your best success in attracting the attention of the early adopter is to present your brand as their answer in no uncertain terms. Also, remember the role of dopamine mentioned earlier? Trial by early adopters is stimulated by emotion, excitement, thrill, conquest—feelings that reinforce the pleasure that early adopters crave.

The Blake Project Can Help: The Brand Positioning Workshop