Georgia employees are increasingly dealing with infuriating traffic jams and extended commute times, particularly in and around Metro Atlanta. The majority of Georgia drivers regularly have a mobile phone within arm’s reach of the steering wheel. A sizable number of Georgia employees drive during the course and scope of their employment. Hands-free technology now makes it possible to safely conduct business from a vehicle, which wasn’t necessarily the case 10 years ago. To that end, Georgia employers should be aware of recent changes to state law with regard to the use of hands-free technology by drivers. 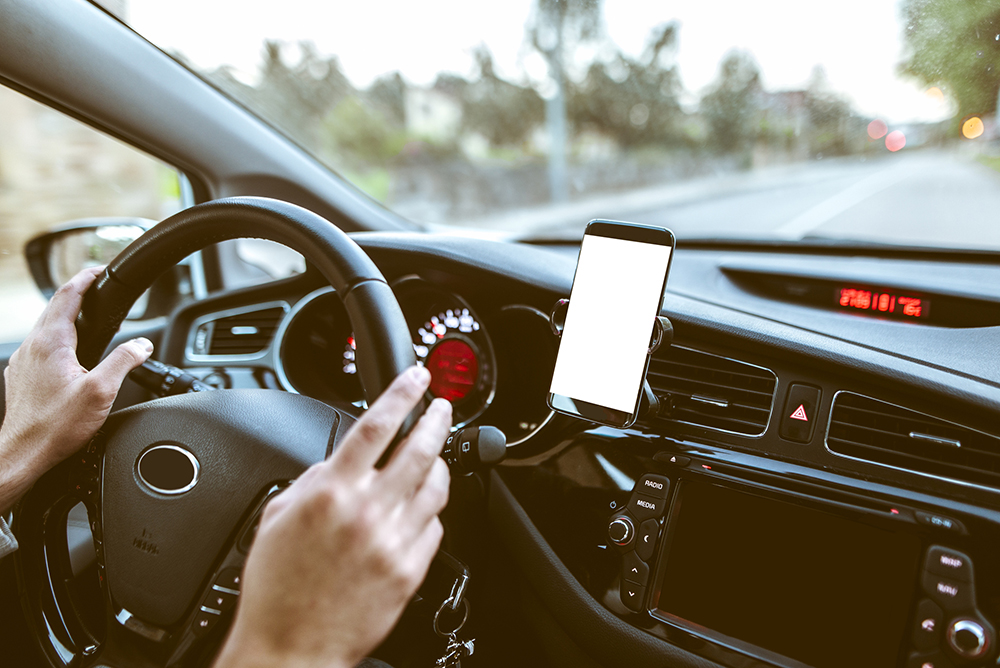 In 2010, in an effort to prevent distractions caused by texting while driving, the Georgia General Assembly passed Senate Bill (SB) 360, the Caleb Sorohan Act for Saving Lives by Preventing Texting While Driving Act. That 2010 law added Section 40-6-241.1 to the Georgia Code, making it a criminal offense to write, send, or read a text on a cell phone (or other wireless communications device) while driving.

In the years that followed, law enforcement officials complained that SB 360 was difficult to enforce because it was hard to ascertain whether a driver was unlawfully texting or otherwise lawfully using his mobile phone. As a result, the 2010 law was relatively ineffective in curbing the dangers of operating a mobile phone while driving—namely, to text and send e-mails. With the exponential proliferation of smartphones since 2007, the availability of effective in-vehicle and accessory hands-free devices has made it far safer to operate a mobile phone while driving a vehicle—rendering it now possible to communicate by mobile phone without even touching the device.

Those technological advances being the norm, Georgia lawmakers have since handed down a new piece of legislation. Particularly, during the 2017-18 legislative session, the General Assembly passed House Bill (HB) 673, the Hands-Free Georgia Act. HB 673 amends Section 40-6-241 of the Georgia Code, which addresses drivers’ duty to exercise due care in the use of mobile telephones and radios, and repeals Section 40-6-241.1.

According to the Act, “wireless communication device” generally refers to a cell phone but includes all devices used to initiate or receive communications, information, or data. Examples are personal digital assistants (PDAs), stand-alone computers, tablets, iPads, and global positioning systems (GPS). “Stand-alone electronic device” means devices that store audio or video data files to be retrieved on demand by a user. Examples are iPods, iPads, or tablets.
Effective July 1, 2018, the Act prohibits the following actions with regard to the use of wireless communication devices or stand-alone electronic devices while driving:

Under the new law, the devices cannot be held or supported by any part of the body. However, an earpiece, headphone, or watch may be used to conduct voice-based communications. The devices cannot be used to write, send, or read text or Internet data, or record or broadcast a video. Voice-to-text functions can be used, though, and the devices can be used simply for vehicle navigation or GPS purposes. Further, drivers are not prohibited from using their devices when they are lawfully parked (not temporarily at a stoplight or stop sign), engaged as first responder/emergency/utility services personnel, or reporting emergencies, accidents, or hazards.

Operators of commercial vehicles are allowed to use no more than a “single button” on a wireless communication device to initiate or terminate a call (stand-alone devices are excluded from this provision). Further, commercial vehicle operators are prohibited from reaching for devices in a manner that requires them to no longer be in a seated driving position or properly restrained by a seat belt.

Georgia employers should ensure that their employees—particularly those who operate vehicles during the course and scope of their employment—are aware of the new law and its implications. We also recommend that you amend your employee handbooks and policy manuals as needed to incorporate the changes and requirements imposed by the new law.

If you have any questions regarding this article, please feel free to contact the author, Destiny Washington, at dwashington@fordharrison.com or the co-author, Christopher Butler, at cbutler@fordharrison.com.

onlyinfotech May 29, 2020
Survey reveals that analytics usage and business optimism are up as companies navigate the choppy waters of the…
Advertising

Lessons and leadership during the switch to online learning

How to Make Influencer Marketing a True Collaboration

How Can Digital Marketing Increase Sales?

10 project management tips to take organizations to the next level

How to Build an Effective Social Media Marketing Strategy for 2020