A sharply divided U.S. Supreme Court ruled June 27 that unions representing public-sector workers can’t collect fees from those who choose not to join the union—a decision seen as a major threat to the financial structure of unions representing government workers, but also being called a rallying point for unions. 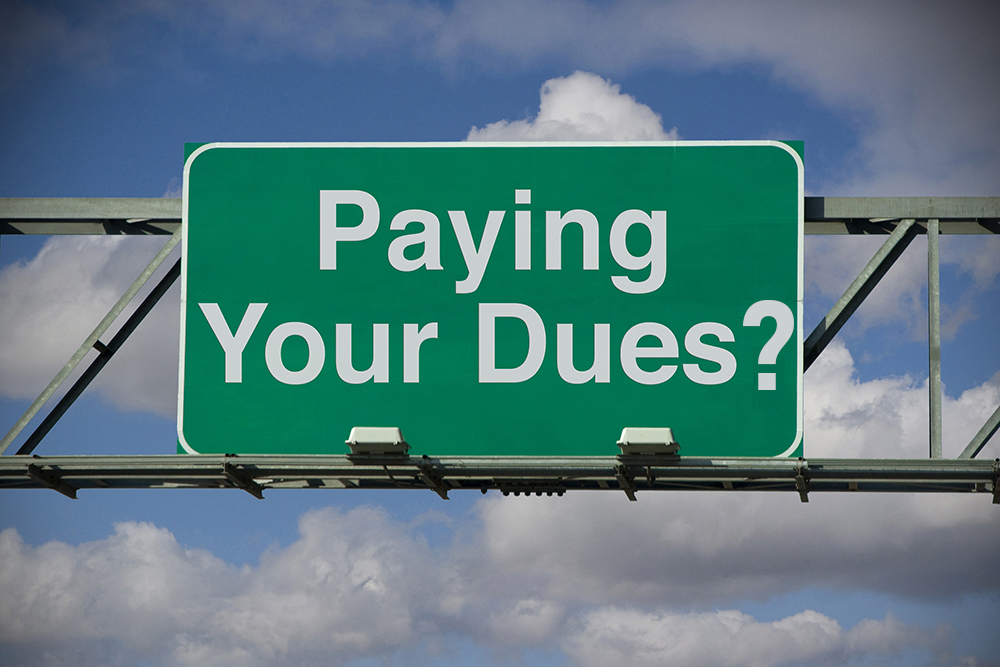 The Court ruled 5-4 that requiring public-sector workers who choose not to join a union to pay even a portion of union dues violates the First Amendment to the U.S. Constitution. The decision in Janus v. American Federation of State, County, and Municipal Employees upends precedent set in a 1977 case that said unions may collect from nonunion members the portion of union dues used to cover collective bargaining costs—often called “fair share” or “agency” fees—but not dues used for political purposes.

The case involved Mark Janus, an employee of the Illinois Department of Healthcare and Family Services. He objected to being required to pay fees to a union he didn’t belong to and didn’t want to support. He argued that requiring public-sector employees to pay any portion of union fees requires them to subsidize political speech. He maintained that even issues covered in contract negotiations are fundamentally political when they involve public employees.

“The decision will have a significant impact on public-sector unions’ ability to collect fees, which in turn is likely to restrict their ability to support the labor-friendly politicians they often support,” Steven L. Brenneman, an attorney with Fox, Swibel, Levin & Carroll, LLP, in Chicago, Illinois, says. He also says public-sector employers can expect “some strategic responses” from their unions.

“For example, public-sector unions may now attempt to refuse to agree to ‘no strike’ clauses in their bargaining agreements, as these clauses sometimes are agreed to in exchange for the unions’ ability to collect ‘fair share’ fees,” adds Brenneman, coeditor of Illinois Employment Law Letter.

William Bowser, an attorney with Young Conaway Stargatt & Taylor, LLP, in Wilmington, Delaware, sees the Janus ruling as a “landmark opinion that will require immediate action by all public-sector employers to ensure legal compliance and to avoid liability for improper withholding of fair-share fees.”

Bowser, coeditor of Delaware Employment Law Letter, advises employers to deduct dues or fees only when they have received written authorization from an employee to do so. He says employers should plan for some employees to revoke authorizations they have previously provided.

“In such case, the employer should require that the revocation be in writing and should immediately cease withdrawing dues or fees upon receipt and after providing notice to the affected union,” Bowser says.

The Janus decision reverses the 1977 Abood v. Detroit Board of Education decision, which allowed unions to collect a portion of union dues from employees who choose not to join the union but are covered under contracts negotiated by the union.

Writing for the majority, Justice Samuel A. Alito Jr. recognized that the Court upheld the collection of fair-share fees in Abood, but he defended overruling precedent by noting “very strong reasons” presented in the Janus case. “Fundamental free speech rights are at stake,” he wrote.

Alito wrote that the Abood Court “assumed that designation of a union as the exclusive representative of all the employees in a unit and the exaction of agency fees are inextricably linked, but that is simply not true.”

Unions have argued in favor of agency fees by saying that workers benefiting from union bargaining would be “free riders” if they didn’t contribute to the costs of bargaining. Alito addressed that argument by noting the employee’s objection to the free-rider label.

“He argues that he is not a free rider on a bus headed for a destination that he wishes to reach but is more like a person shanghaied for an unwanted voyage,” Alito wrote.

Kagan also noted “large-scale consequences” to the Janus decision. “Public employee unions will lose a secure source of financial support,” she wrote. “State and local governments that thought fair-share provisions furthered their interests will need to find new ways of managing their workforces. Across the country, the relationships of public employees and employers will alter in both predictable and wholly unexpected ways.”

Kagan went on to claim there are no special justifications for reversing Abood. “It has proved workable. No recent developments have eroded its underpinnings. And it is deeply entrenched, in both the law and the real world,” she wrote.

Janus isn’t the first recent case challenging the rationale behind Abood. The Court heard similar arguments in March 2016 in the Friedrichs v. California Teachers Association case. In that case, a California public school teacher argued that she shouldn’t have to pay union fees. The Court deadlocked 4-4 after the death of Justice Antonin Scalia, thereby leaving the Abood precedent in force.

At the time of the Friedrichs ruling, many speculated that Scalia would have voted to overturn Abood, and they expected his replacement, Justice Neil M. Gorsuch, to cast the deciding vote against Abood, which is what happened.