Philly Fed: State Coincident Indexes increased in 45 states in May 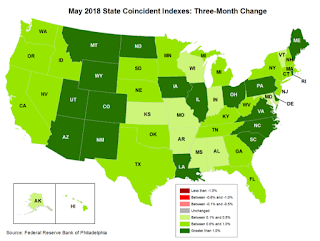 Once again, the map is all green on a three month basis. 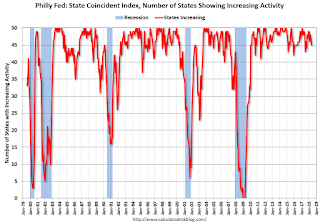 In Map, 45 states had increasing activity (including minor increases).