Fire Department Still Has to Pay $545K in Front-Pay

Sticks and stones may break some bones, but harassment can hurt forever.” So begins the appellate opinion of Judge O. Rogeriee Thompson in Franchina v. City of Providence. In elegant though shocking prose, the judge recounts the trial court’s disturbing findings regarding the harassing conduct the employee in this case was subjected to during her time at the Providence Fire Department. During the trial, she established numerous incidents of harassing conduct by her coworkers that the fire department didn’t sufficiently address. One of the key issues on appeal for the U.S. 1st Circuit Court of Appeals (whose rulings apply to Maine employers) was whether the employee was entitled to front pay as a form of damages. 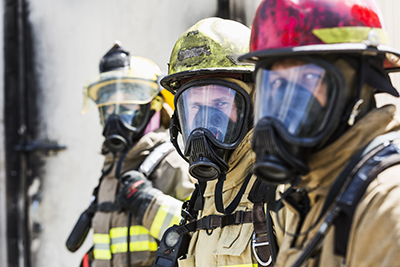 A firefighter worked at the Providence (Rhode Island) Fire Department without incident for several years, but things began to change when she was promoted to lieutenant. The first incident occurred when a driver who was assigned to work on her shift made inappropriate comments to her, including calling her a lesbian and stating that he could impregnate her. The driver later walked in on her while she was changing her clothes and refused to leave.

Things finally culminated when the driver created an embarrassing scene by calling the lieutenant a lesbian and rubbing his nipple in a crowded public place. As a result of the incident, the station chief wrote the driver up for inappropriate workplace conduct.

After the driver was written up, the situation went from bad to worse for the lieutenant. Her coworkers began to treat her poorly, seemingly in retaliation for the driver being disciplined. She was regularly called names too vulgar to print in this newsletter, both orally and on a whiteboard in the breakroom. The station cook refused to make her food, and when he was forced to do so, she became sick from the food he prepared for her.

Moreover, subordinates refused to follow the lieutenant’s instructions at accident scenes, putting members of the public at risk. In one incident, a coworker appeared to intentionally fling blood and brain matter from a victim of an attempted suicide in her face when he snapped off his contaminated gloves. In total, the lieutenant filed 40 different complaints about workplace harassment over a multiyear period, but her coworkers were rarely disciplined for their behavior. Ultimately, she was diagnosed with posttraumatic stress disorder (PTSD) as a result of the harassment and was forced to retire.

At trial, the jury found that the lieutenant had been discriminated against on the basis of her gender and retaliated against for reporting her coworkers’ actions. She was awarded $806,000 in damages, $545,000 of which was for “front pay.”

If your business has had the unfortunate experience of being involved in an employment discrimination case, you are likely familiar with the concept of “back pay.” In most types of employment law cases, employees can seek back-pay damages as compensation for lost salary resulting from the discrimination.

Unless it’s limited by statute, the time period for determining lost earnings starts at the moment the employer’s illegal act causes the employee to be harmed financially and ends on the date the lawsuit is resolved in her favor. The employee has the burden of establishing a precise dollar amount based on her wages and other fringe benefits. An employer can limit back-pay damages by successfully arguing that the employee would have been terminated regardless of any discrimination that occurred or that the employee failed to make a reasonable effort to find a comparable job after she left.

Front pay is less formulaic than back pay because it involves predicting future earnings. A court will consider many factors before awarding front pay, including the employee’s age, her likelihood of continued employment absent the illegal activity, and the time she would need to obtain a new job with reasonable efforts. Because front-pay damages necessarily involve a certain amount of discretion, appellate courts are less likely to second-guess trial courts’ awards of such damages. Indeed, in this case, the 1st Circuit upheld the lower court’s award of front-pay damages because the lieutenant is permanently disabled and she provided enough evidence to establish that the award was a reasonable approximation of the current value of her future earnings.

This case involved an extreme set of facts. Hopefully, your business would address allegations of sexual harassment long before the victim is diagnosed with PTSD and forced to resign. If you do face a claim involving front pay, keep in mind that although the 1st Circuit reinforced the rule that front-pay awards can be upheld even if they aren’t calculated precisely, it still recognized that an employer can advance many arguments for why front pay isn’t an appropriate remedy in its case.

Connor Beatty, an editor of Maine Employment Law Letter, can be reached at cbeatty@brannlaw.com or 207-786-3566.