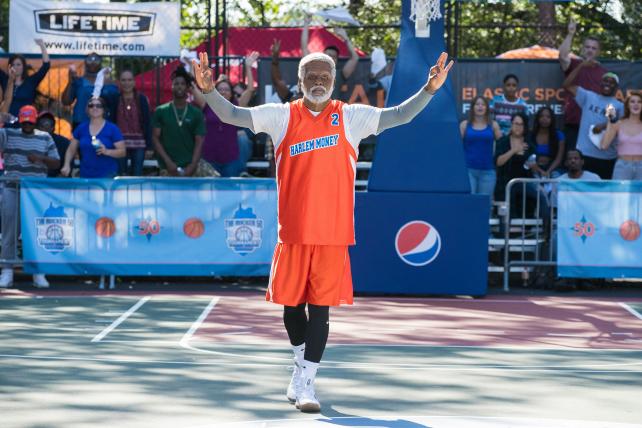 Welcome to Ad Age’s Wake-Up Call, our daily roundup of advertising, marketing, media and digital news. You can get an audio version of this briefing on your Alexa device. Search for “Ad Age” under “Skills” in the Alexa app. What people are talking about today: “Uncle Drew,” the feature-length movie that evolved out of Pepsi ads, opened Friday. Skeptics, take note: Variety says the marketing campaign-turned-feature scored better than expected at the domestic box office. The Lionsgate movie, which features NBA star Kyrie Irving playing a 70-something guy who’s great on the basketball court, had been targeting an opening of $10 million to $13 million, Variety says. In the end, “‘Uncle Drew’ racked up $15.5 million from 2,742 theaters,” the report says, making it the weekend’s No. 4 movie. As The Hollywood Reporter notes, “Lionsgate stands to profit from the movie, which cost less than $20 million to produce before marketing.” The “Uncle Drew” title character first appeared in a 2012 Pepsi video that went viral. The all-star cast helps the movie’s appeal: Along with Irving, it stars basketball players Shaquille O’Neal, Chris Webber, Lisa Leslie and Reggie Miller, and Tiffany Haddish is in it too.

By the way, the reviews haven’t been bad. The Chicago Tribune says: “Somehow, as corny and predictable as it is, and even with a tsunami of product placement, it works. It’s pretty funny; it’s pretty charming; it’s good-natured. And as a bonus, it’s neither a ‘Star Wars’ nor a Marvel movie.”

Also: ICYMI, watch how Pepsi has been promoting the “Uncle Drew” movie, with more info from Ad Age’s E.J. Schultz about how the movie came to be via a deal between PepsiCo’s in-house Creators League studio, Lionsgate’s Summit Entertainment and Temple Hill.