Ranking in Search in 2018: A Q&A With SEO Pros Rob Bucci and Cyrus Shepard

If Benjamin Franklin were alive today, he’d say there are only three things certain in life: death, taxes, and Google changes.

As search behaviour evolves and machines get smarter, Google naturally adjusts what it serves up. And these changes are often quick enough to feel a bit overwhelming (we’re right there with ya)! But in light of information we have about what Google actually values these days, we have more to work with than ever before. If we know how to execute.

Two people who know a lot about Google’s ranking factors are Rob Bucci, CEO of STAT Search Analytics and Cyrus Shepard, Partner at Zyppy and former Head of SEO and Content Development at Moz. Both speakers at this August’s Call to Action Conference, they’re bona fide search experts who spend their time demystifying the ways of our ranking overlords for marketers like you and me.

So we peppered them with a few questions we couldn’t wait until August to find out—like what’s changed, stayed the same, and how to best achieve SEO success in 2018. Get the goods below and learn more about their upcoming talks at CTAConf right here.

Want to get incredible insights from Rob and Cyrus in person? Use the code “CTAConfSEO” at checkout to get 15% off all ticket rates for the conference until July 31.

Rob Bucci on local search and getting snippeted 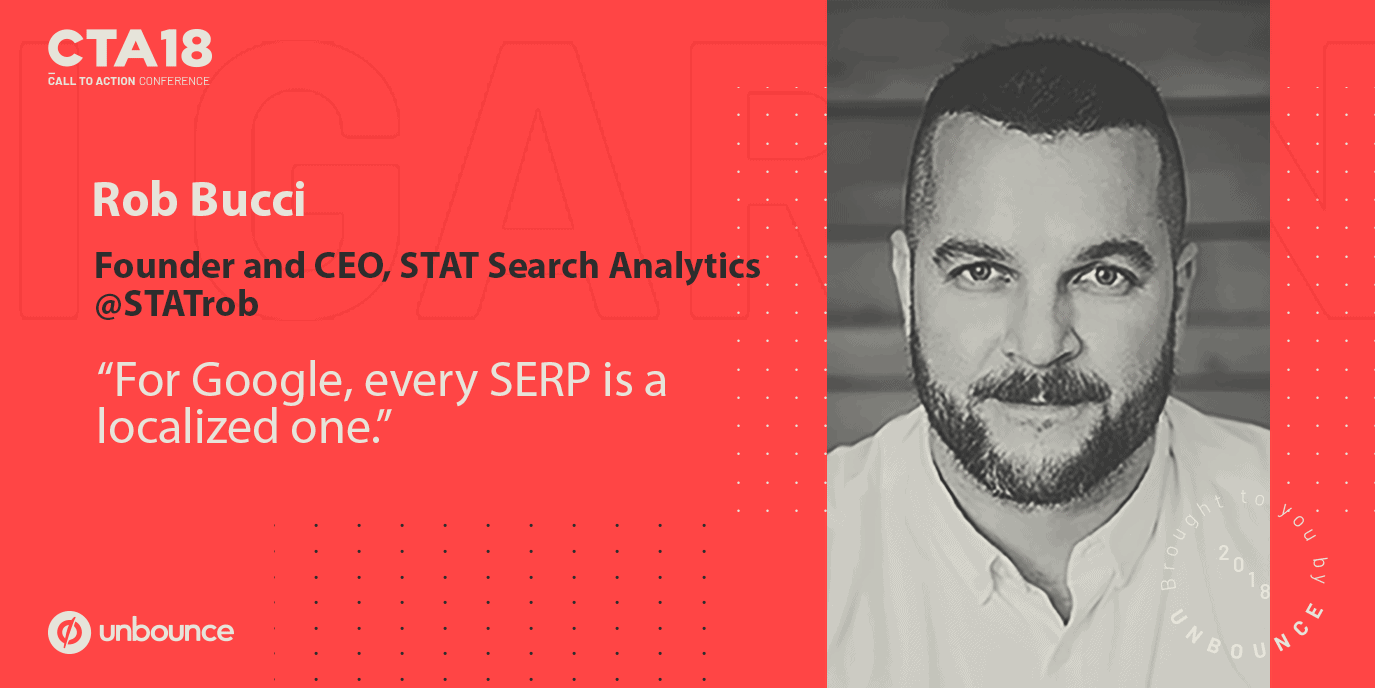 He’s also a frequent speaker on search, data mining, and all things analytics. In his Call to Action Conference talk, What Google Serves Up For Local Searches, he’ll dive into the nooks and crannies of (you guessed it) local intent, local search, and how to adeptly navigate Google’s interpretations of both to get in front of the right audience. Read below for a peek at what he’ll share on stage.

Hayley Mullen: Your talk at CTAConf is all about interpreting how Google handles local search. So, how are they doing?

Rob Bucci: Knowing that, with location tracking, etc., you can’t always rely on searchers to explicitly state when their intent is local, you need to look at keywords where that intent can be implied. The question then—before you can optimize accordingly—is whether Google is actually any good at interpreting that implicit local intent. And is it comparable to stated local intent?

For example: [sushi near me] would indicate that close proximity is essential; [sushi in Vancouver] seems to cast a city-wide net; and just [sushi] is largely ambiguous—are you hungry for knowledge about sushi or actual sushi? And what happens with a query like [best sushi], which indicates that quality takes priority over proximity?

It’s Google deciding what those queries mean, so it’s important to understand that decision. There’s no point in optimizing for something that Google can’t or isn’t doing. What we’ve found is that Google is doing a decent job of it, and that there are definitely different ground rules when it comes to different kinds of local intent. 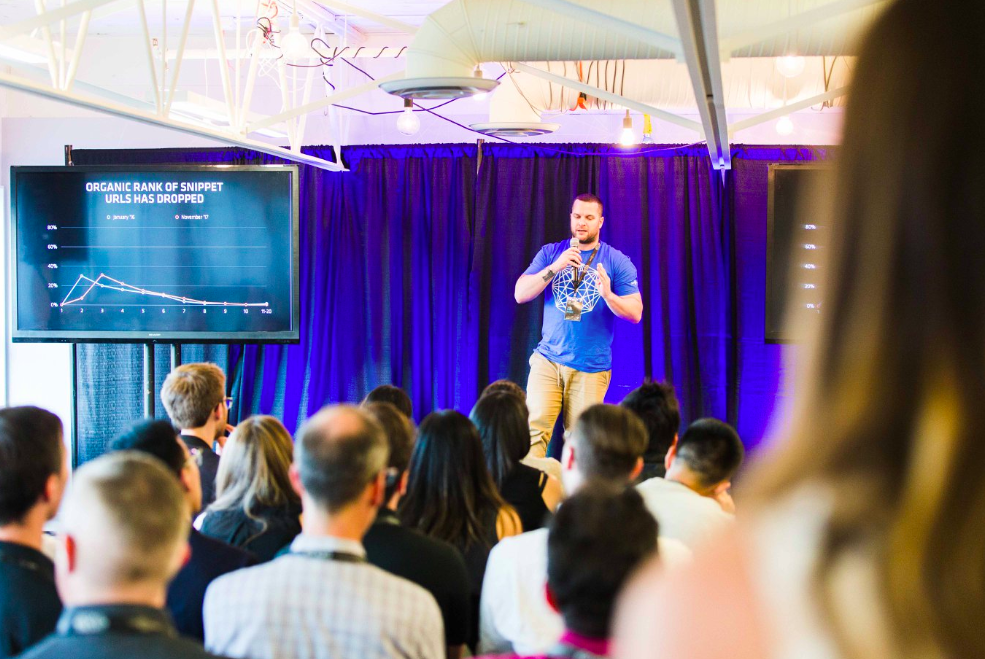 HM: Knowing what you do about Google’s interpretation of local intent, what is the biggest mistake marketers can make when it comes to localized ads?

RB: This isn’t a mistake that’s been made, rather, a heads up based on findings from the research I’ll be presenting. But something to keep in mind is that ads are more likely to appear when a location is specified in the search query, like the city name or neighbourhood. So, if you’re looking for less paid competition, it’s a good idea to target keywords that aren’t geo-modified.

HM: Should local search be a priority for everyone? When does it matter more than less, depending on a business’ needs?

RB: For Google, every SERP is a localized one. We know that it’s one of the more influential factors that Google filters its search results through. So, even if local isn’t important for your business, it’s still worth tracking a sample of your keywords in specific locations so you can see what your searchers are actually seeing.

HM: Let’s talk featured snippets. You’ve said they’re rising in importance, appearing in just 9% of searches two years ago compared to 31% by the end of last year. When creating content, what can we do for the best chance at being “snippeted”?

RB: Focus on creating great content and optimizing that content to appear on the first page. At STAT, we’ve found that 99% of snippets are sourced from ranks two through ten, with a majority coming from ranks three through four (when rank one is the snippet).

You’ll also want to research the types of formats appearing in the featured snippets for keywords you’re targeting, for instance paragraph, list, or table, and match them.

HM: Say I only have one day to try and improve my rankings. What should I focus on first to make the biggest impact?

RB: First thing’s first: spend the time making sure that your Google My Business listings are all accurate, consistent, and complete.

Want even more actionable marketing tips? Read our interview with fellow CTAConf 2018 speaker and product positioning genius April Dunford for advice on successfully launching a new product or offering into a noisy market. 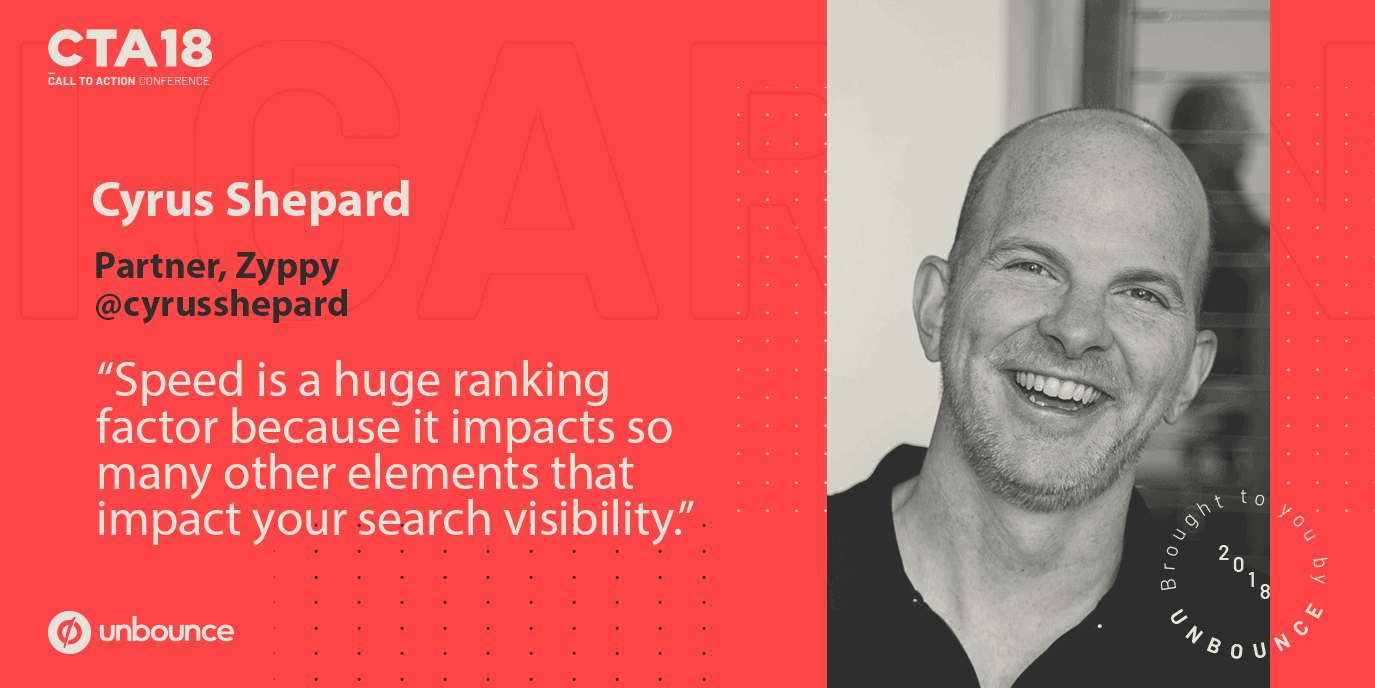 Cyrus Shepard has been in the SEO game for nearly ten years, most recently heading up SEO and Content Development at Moz before founding his own digital agency, Zyppy. He’s written on pretty much every facet of search optimization (check out his Moz profile) and spoken at conferences around the world—with Call to Action Conference up next.

In his talk, SEO Success: One Engagement Metric to Rule Them All, Cyrus will cover what Google’s really watching when it comes to rankings and how to use that information to turn clicks into conversions. So we mined his SEO brain for a preview.

Hayley Mullen: It can feel like Google’s constantly updating its ranking factors. What should always be a priority when we’re trying to rank?

Cyrus Shepard: Google updates its algorithms hundreds of times a year, although only a few of those could be considered major core algorithm updates. That said, the critical SEO success factors stay incredibly consistent. These include:

HM: What’s been the most significant change in Google’s ranking factors, in your opinion? What do you anticipate for the near and distant future?

CS: The most significant change in the past couple of years, in my opinion, has been the rise of featured snippets. For the first time, we’re actually seeing fewer clicks per impressions as Google is more frequently delivering answers directly in search results.

For websites that win featured snippets, they can often expect more traffic and less visibility. For everyone else, they can expect traffic and visibility to slightly decrease.

HM: Oof—what does that mean for marketers overall?

CS: It’s definitely a dilemma that I don’t have an answer for right now. On one hand, the “no click” search is a growing risk. On the other hand, Google continues to send billions of visits to publishers.

The challenge is that Google maintains monopoly power over search results, so we’re forced to play by Google’s rules and, say, optimize for featured snippets. We continue to give away more data to Google with the understanding that they will reward us with more web traffic, but the amount of data we give keeps rising while Google keeps more of the traffic for themselves. 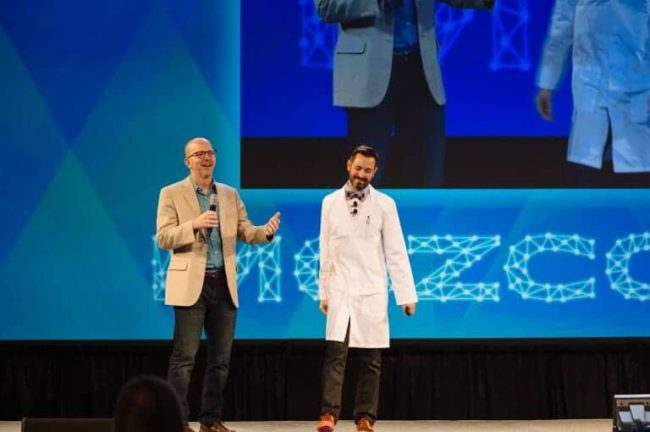 HM: How much of a difference does speed really make, specifically in regards to AMP (accelerated mobile pages)? What are the top three things we can do to satisfy Google’s need for speed?

CS: Speed is hugely important and not only for AMP. Speed is a huge ranking factor because it impacts so many other elements that impact your search visibility. For example, bounce rate is highly correlated with speed—a site that loads a second slower is abandoned at a much higher rate. This will affect multiple aspects of SEO down the line.

In regards to AMP, they actually have advantages beyond speed that some folks aren’t aware of:

HM: Your talk at CTAConf is all about what Google’s watching in terms of how people interact with your site. Without giving away the most important point, what’s the one thing Google’s always taking into consideration (and one thing that doesn’t matter as much as we may think)?

CS: Google is likely always evaluating user satisfaction. User satisfaction goes by different names, including task completion, pogo-sticking, dwell time, and more. The basic idea is “does this page answer the user query?” or “does this user need to search other webpages for the right answer?” Exactly how Google does this is up for debate.

A metric that likely doesn’t matter as much as people think is bounce rate. That doesn’t mean it’s not a useful metric—but bounce rate alone doesn’t tell us much.

And with that, our search for answers on search just got a little easier. There’s a lot more knowledge to be shared at Call to Action Conference from both Rob and Cyrus—just two of the many reasons you should totally come! “Use the code “CTAConfSEO” at checkout until July 31, 2018 for 15% off all single, group, and customer ticket rates. You’ll not only learn how to tame the search beast, but hone your chops in every facet of digital marketing too. 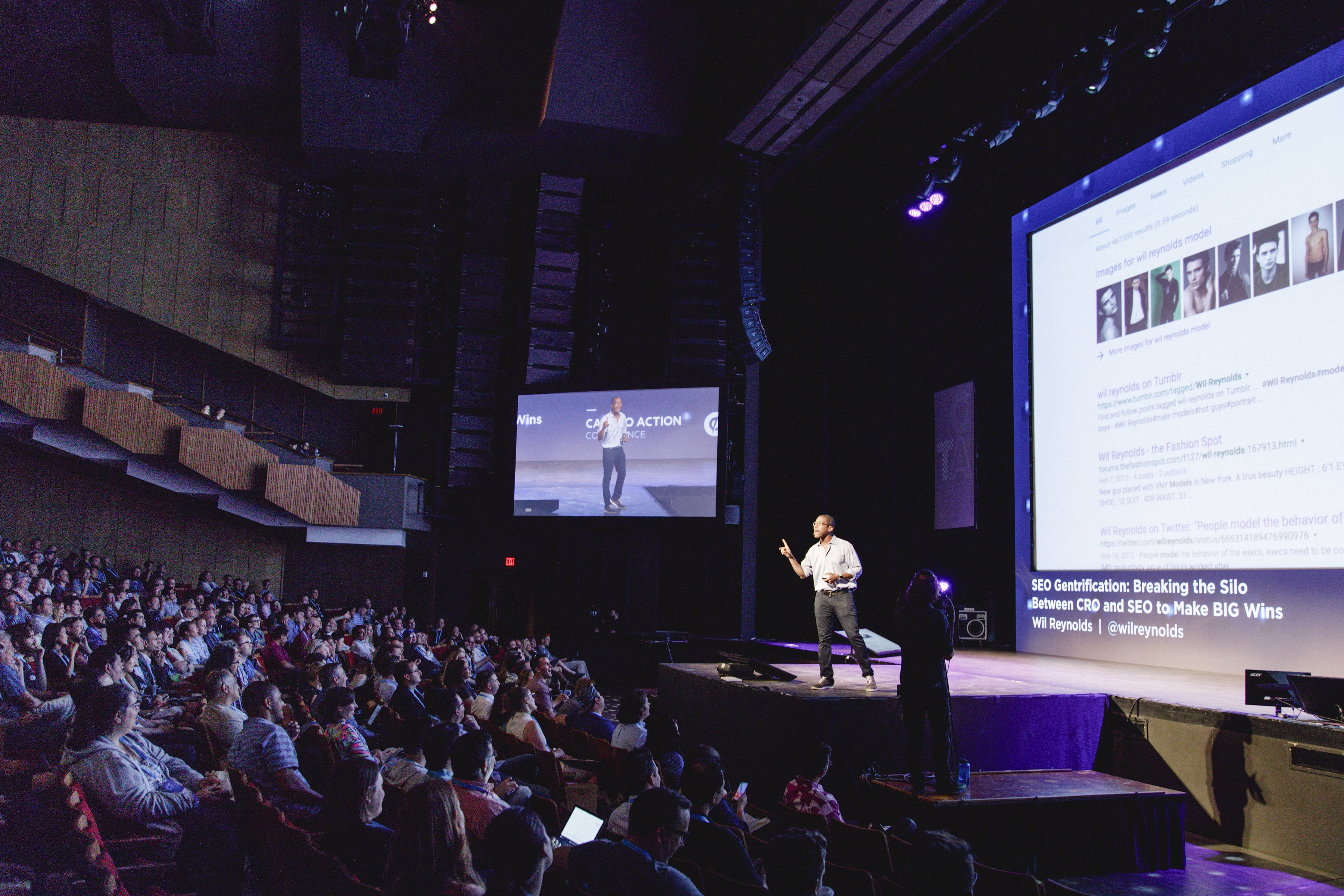