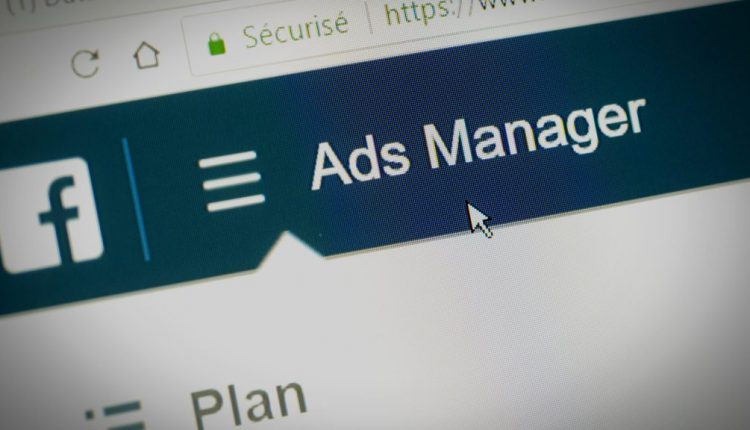 Last November, three days before Black Friday, Facebook’s Ads Manager suffered an outage that left many advertisers unable to access campaigns, upload creative or download reports during the height of the online shopping season. Since then, advertisers say they have experienced a steady decline in the platform’s performance everything from not being able to publish ads or turn off campaigns to significant inconsistencies in campaign results.

“Since the large outage last year before Black Friday, Facebook as a platform has performance swings on a daily basis,” said John Bolling, head of U.S. operations for ROAS Media. Bolling said he noticed problems with Ads Manager becoming worse after Facebook was down for more than four hours, earlier this year (the site’s longest outage to date). “It seems that the Ads Manager is just breaking piece by piece due to years of neglect and lack of innovation.”

Bolling is not alone. Gracie and Andrew Foxwell, co-founders of the social media advisory firm Foxwell Digital and admins for the Facebook and Instagram Pro Ad Buyers Industry Facebook Group, said they along with members of their Facebook Group have been experiencing ongoing performance issues with the Ads Manager, as well as an increase in platform outages and system bugs since March 13.

Foxwell Digital reports it has seen the negative effects more heavily within the U.S., particularly for direct-response advertisers.

“Ad performance has been very inconsistent, with especially wild swings for smaller advertisers, such as those spending $15,000 or less per month,” said Gracie and Andrew Foxwell.

“For example, Client A spends between $5,000 and $8,000 a day based on performance. On day one we will see great performance from 20 ad sets averaging a 2.3x return on ad spend (ROAS). The next day the collective ROAS will be below 1x. We as an agency make up for a lot of this as we are actively inside accounts 24/7,” said Bolling, “The inconsistencies day in and day out make the managers job extremely difficult when talking to clients. We like to look at advertising in larger windows (7-days, 14-days, 30-days, etc). But when you have clients spending $10,000 plus a day it becomes extremely difficult to manage expectations when one day is great and the next day is horrible.”

David Herrmann, who has been managing Facebook ad campaigns since 2012, said he’s never seen this level of problems with the Ads manager.

“Things have gotten worse since the big outage this year,” said Herrmann, who is the co-owner and advertising director for the social media ad agency Social Outlier. He has experienced everything from not being able to run ads to not being able to turn off campaigns, and reports performance has died for smaller accounts.

Herrmann said he has had issues with accounts spending as much as $750,000 per month on the platform, but it’s the smaller advertisers, those spending $25,000 and less per month, that are suffering the biggest impact.

“That’s hiring or firing an employee,” said Herrmann about the lost revenue by smaller advertisers who rely on Facebook campaigns to drive their bottom line. Most recently, Herrmann said one client was unable to run Mother’s Day ads costing them upwards of $600,000 in revenue.

“This is due to lost opportunity for optimization, as well as overspending on ad sets that we are not able to cull when the platform is down,” said Bolling, “For clients spending six-figures a month, this is unacceptable. Being down for even half a day is a massive loss of potential revenue for these businesses.”

Foxwell Digital said it was impossible to provide an exact figure in terms of what it has cost their clients, but it’s easily in the tens of millions of dollars.

Gracie and Andrew Foxwell are part of a group that has tried to get a response from Facebook about the Ads Manager issues to no avail.

“Dozens of advertisers from around the world, the Facebook and Instagram Pro Ad Buyers Industry Group, sent a letter to Facebook and we were told discussions are ongoing and we may be able to have a phone call with appropriate teams soon,” said Gracie and Andrew Foxwell. (On May 23, the Foxwell’s confirmed they have a meeting scheduled with Facebook to take place in the next few weeks.)

The Foxwells said the biggest challenge in all of this is Facebook simply does not communicate with advertisers to let them know something has gone wrong. After a recent podcast recorded by Andrew Foxwell addressing the problems with the Ads Manager, he received at least 50 emails from people thanking him for saying what Facebook won’t.

“Simply stating that there is a problem, performance has been tumultuous, and asking for a direct channel to formally request advertiser refunds has been our multi-faceted goal in this effort,” said Foxwell, “Facebook is resistant to admit guilt, when they should instead be focusing on transparency and clear communication with advertisers and users surrounding these topics.”

According to Bolling, communication from Facebook to its advertising partners is non-existent and not just in terms of platform problems.

“Whether it be outages, new features rolling out, new ad inventory, new audience opportunities  Facebook is silent on these. It is up to the individual advertisers to comb through the platform daily to find these changes,” said Bolling.

Herrmann said his biggest concern isn’t even the errors, but the lack of concern by Facebook to fix the problem.

It’s a tech issue, not a customer service problem

“One core issue rests with the technical side of Facebooks ads, with support and client reps turning to technicalities like audience overlap or bidding nuances to explain performance dips, versus actually admitting that the tactics they push on advertisers may not actually work 100% of the time,” said the Foxwells.

Both Herrmann and Bolling were quick to say their Facebook reps are great, but, same as the Foxwells, the challenge for them is getting Facebook to address the issues.

“We are blessed to have client and agency reps that we speak with, and they are lovely and kind in their understanding,” said Bolling, “This is a systemic issue that can only be solved by the product and the ad product teams.”

Herrmann said his Facebooks reps do a good job, but his agency is out of luck if there’s an error after 4:00 p.m. since Facebook’s service teams are not required to work weekends. Bolling echoes Herrmann’s experience with problems that happen after-hours.

“If the issue happens outside of 9:00 a.m. to 4:00 p.m. PST Monday through Friday, we know we just have to deal with it when someone comes back online,” said Bolling, “Advertising is a 24/7 business for our clients, especially those who are global. I can personally deal with outages. I can deal with bugs, but what is becoming unbearable is the lack of concern for a solution or even communication that something is fundamentally broken.”

For Bolling, the current situation is becoming untenable.

“What Facebook doesn’t seem to understand is that an agency’s livelihood rests on our ability to use the ad buying platform,” said Bolling, “When we cannot use it nor have any documentation to point clients to – it makes our jobs extremely difficult in providing a positive return to our clients, month-in and month-out.”

Marketing Land reached out to Facebook to ask if they had a comment about problems with the Ads Manager platform, but no response was offered.

“One major change Facebook could make in this respect would be for their support teams and ‘marketing experts’ to fully understand what we as buyers (advertisers) are asking for, and more importantly, learning more about how we work,” said the Foxwells, “In other words, these Facebook reps need to listen and learn from us because we are the actual practitioners, while the vast majority of them never use the tools.”

Advertisers want more proactive communication from Facebook on upcoming changes and anticipated outages, as opposed to reactive statements confirming things like the platform being down after it happens. The Foxwells said they would like to see a formal channel where advertisers can immediately apply for account refunds following an outage. Bolling said he would like to see a simple acknowledgment there are issues and a concerted effort on Facebook’s part to improve its systems.

“At minimum, Facebook should have a reporting section that we can direct clients to when the platform is down, and offer a reason,” said Bolling, “I believe I speak for a majority of advertisers in saying that we are exhausted having to pull rabbits out of hats to keep our clients profitable, and Facebook as a company couldn’t seem to care less.”

For Facebook to continue to be a viable platform for businesses, Bolling said that there have to be changes.

“The elephant in the room is that Facebook knows that currently there is nowhere else to go for media buyers who manage millions of dollars, we have to be on Facebook,” said Bolling. “The issue is Facebook knows that, and they have no incentive to make changes.”