From the Association of American Railroads (AAR) Rail Time Indicators. Graphs and excerpts reprinted with permission. 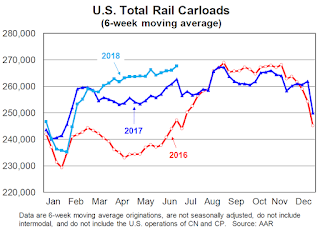 Rail carloads have been weak over the last decade due to the decline in coal shipments. 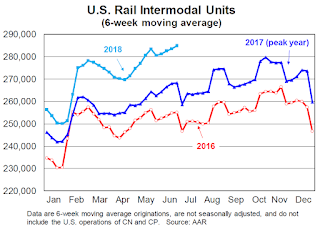 The second graph is for intermodal traffic (using intermodal or shipping containers):