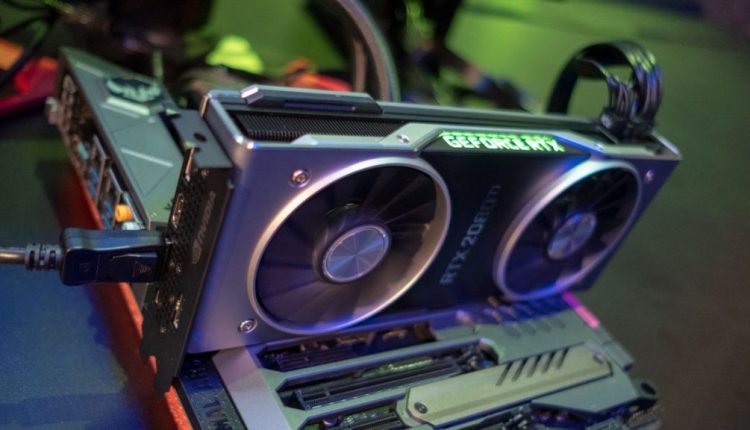 Asus has announced a new program called Trade Up Your Graphics, which aims to make it more affordable for its customers to upgrade to the latest Nvidia graphics cards.

The program will give customers up to £270 cash rebate when they trade in their graphics card for a new Asus Nvidia graphics card, including the latest RTX series of cards.

Asus’ TUF Gaming, Phoneix, Dual, Turbo and Republic of Gamers cards (including Strix) are the models on offer.

While you can only use the rebate to buy a new Asus Nvidia card, you can “trade in any brand of GeForce graphics card, including Nvidia Founders edition GeForce cards” according to Asus. You can also trade in an AMD Radeon RX480 for a new Nvidia card – though that appears to be the only AMD card the program accepts.

The tiers are listed as ‘Good’, ‘Better’ and ‘Best’. Asus offers the following example: if you trade in a GeForce GTX 950 card, which is listed under the ‘Good’ trade-in price for an Asus Dual GeForce RTX 2070 O8G graphics card, which is listed in the ‘Better’ category, you will receive a £65 rebate or their trade up.

The launch of this new program is certainly interesting timing, as Nvidia is rumored to be unveiling its new RTX Super line of GPUs any day now. This could be one of the reasons Asus is so keen to get people to upgrade their graphics cards.

Whatever the reason, getting money off your next GPU upgrade is definitely welcome, so if you were thinking of swapping out your graphics card for a more powerful GPU, then check out the Trade Up Your Graphics website to see if you can make a decent saving.

Bitcoin, Facebook and the End of 20th Century Money

8 Ways to Protect Your Computer from Viruses

onlyinfotech Feb 16, 2020
Beginning a social media company or consultancy could be thrilling, however it’s additionally intimidating…
Tech Tips and Tricks

How to Enable and Use Tab Groups in Google Chrome

Why are Followers on TikTok so Important?

10 Best Duolingo Alternatives For Android in 2020

5 Apps To Capture Photos Of Intruders On Your Android Device

How to password protect a folder on Windows and MacOS

There Are No Exceptions For Speed Tests Including Our Own Products

Why Content Created By Users Is More Valuable Than Brand

Microsoft will bring its antivirus software to iOS and…

Ireland is best at fending off cybercrime in Europe, report…