Tour de France 2018: Why this year’s race will be the smartest yet

This weekend sees the start of the 105th Tour de France, with the world’s most famous cycling race starting in Noirmoutier-en-l'Île, before commencing a three-week tour of the nation before finishing on the Champs-Elysee – hopefully with Chris Froome in the yellow jersey.

But accompanying all the 176 riders in this year’s race will be sensors beneath each saddle, providing real-time data on speed and location to broadcasters, allowing fans around the world more insight into the world’s greatest race.

These services come from South African firm Dimension Data, which alongside race organisers the Amaury Sport Organisation (ASO), is continuing its drive to make the Tour de France 2018 a more immersive and exciting experience for viewers using technology.

"The Tour de France is on a digital transformation journey like any of our clients, and so we've always used (the race) as a good platform to innovate and showcase our capabilities in a number of areas,” Scott Gibson, Dimension Data executive for digital business solutions, tells TechRadar Pro ahead of this year’s race.

“The fan of today is very data-hungry – we all live in this age where we have this amazing capability to access more data and interpret more data…and technology has to play the part.”

Last year’s race saw three billion data points analysed, up from 128 million in 2016, and working out at around 150 million data points for each of the 21 stages. This was all fed into new machine learning algorithms which developed real-time predictions around breakaway speeds, time gaps, and even the winner of the stage.

Gibson (who says there will be “definitely more” data points this year) notes that the company saw around a 74-77 per cent success rate on this last detail, a hugely impressive statistic in a sport that is often so unpredictable.

Thanks to the learnings from last year, though, this year’s race should see even more detailed analysis being possible for broadcasters and the ASO.

“The more data we put into the machine, the more insight we get,” Gibson says, "the insights we've been able to gain from a very basis form of data – ie tracking a bicycle every second – has been interesting, and every year as a team we impress ourselves on how we can really show and tell a story just from that really very boring piece of data."

This year’s race will see more references to the company’s data on-screen and in social media that in previous years, in order to capture the interest of viewers looking for a more analytical view of the race.

Gibson says this approach will also help appear to second screen viewers following the race vai their mobile or laptop devices whilst watching live coverage, as the ASO looks to attract a wider, younger audience.

He notes that modern fans are incredibly data-hungry, demanding more information about their favourite teams and riders than ever before.

To address this, Dimension Data has launched a dedicated @LeTourData Twitter feed filled with insights and analysis based on its findings, which will continue to roll out new tidbits throughout the three weeks of the race. 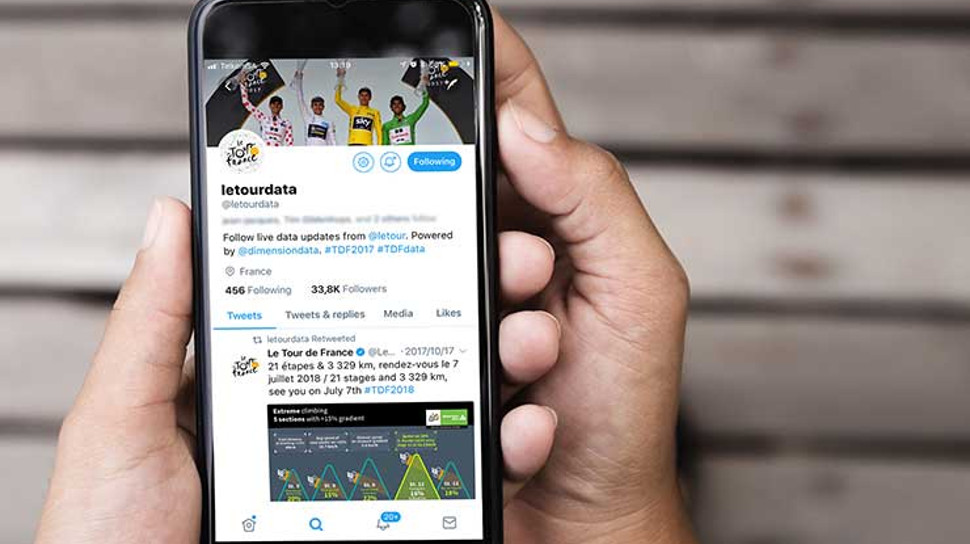 However Dimension Data is also planning trials of a number of innovative services behind the scenes of this year’s race as it looks to plan for the future.

Top of the list is a new predictive cybersecurity protection model, as the Tour is often subject to a huge number of online attacks. Dimension Data was able to block just over 1.4 million suspicious access attempts during the 2016 event, and this year will be trialling predictive algorithms that aim to keep the race infrastructure safe from harm.

Gibson says that the 2019 Tour will see some interesting upgrades for cycling fans everywhere, including the possibility of an augmented reality service that would allow viewers to experience an Alpine climb through a projection via a mobile app.

There may also be new dedicated chatbots (that Gibson labels “the Siri of cycling”) that could provide real-time information on any specific rider at any point of the race – even if they’re heading for the broom wagon. 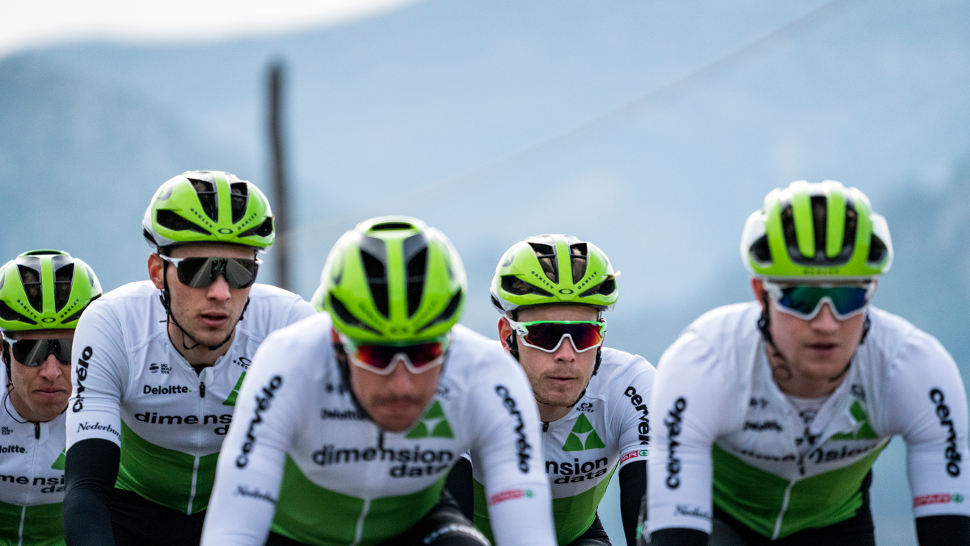 For now though, excitement is high for this year’s race – especially as Dimension Data is sponsoring one of the teams, headed up by British cycling legend Mark Cavendish. Asides from pushing for a third green jersey for the Manx rider, Gibson highlights that Team Dimension Data has many ambitious goals.

The team recently released its 2020 Vision plan, which along with equipment supplier Qhubeka is aiming to provide 100,000 bikes to good causes in Africa – 5,000 of which will go to children in rural South Africa, and hopes to provide an African winner of the Tour de France by 2020 – as well as pushing Cavendish past Eddie Merckx to get the highest number of stage wins.

From all sides, then that’s surely something we can all get behind.