Don’t Let an Offhanded Comment Bring About a Lawsuit

Performance reviews, when done correctly, can fulfill a critical role in managing employees’ performance and boosting productivity to higher levels. But more often than not, performance evaluations are viewed as a necessary evil by the managers required to complete evaluations and approached with trepidation by the employees receiving them. The problem with approaching the performance review process with dread is that many employers succumb to common pitfalls that render evaluations more harmful than helpful. 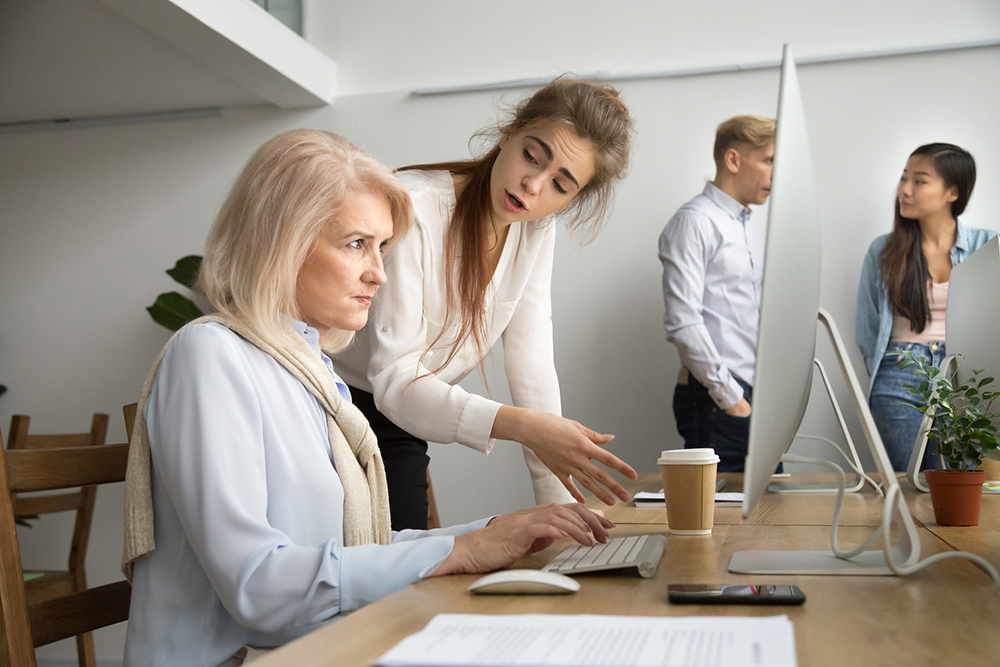 Paul White worked for Home Depot for approximately 22 years before he was fired at the age of 54 for allegedly manipulating inventory records. White was a “packdown” supervisor. He contends that his primary responsibility was ensuring that goods were always in stock. To accomplish that objective, he had to update computer inventory totals when stock ran low so items would be reordered in time. He had authority to make inventory adjustments up to a certain daily limit, after which he needed his supervisor’s approval.

To circumvent the need for supervisor approval (i.e., stay under his daily limit), he incrementally adjusted inventory totals. That created an inaccurate product count for Home Depot’s inventory records. The company asserted it was also a violation of its integrity/conflict of interest policy, which provides that falsifying, destroying, or misusing a company document constitutes a major policy violation warranting discharge. When Home Depot discovered the process by which White manipulated the inventory records, it instructed him to submit a statement explaining his actions.

According to White, one of the store’s assistant managers told him that because he was a long-term loyal employee, he would probably get coaching (the lowest level of discipline). The assistant manager allegedly told White, “Don’t worry about it.” Instead, corporate decided to fire him. White sued Home Depot for age discrimination, associational disability discrimination, and negligent misrepresentation.

As a person alleging unlawful age discrimination, White was required to show that he was (1) discharged, (2) at least 40 years old, (3) performing his job satisfactorily, and (4) replaced by a “substantially younger employee with equal or inferior qualifications or discharged under circumstances otherwise giving rise to an inference of age discrimination.” Home Depot didn’t dispute the first two elements. But it disputed the final two elements and asked the court to dismiss White’s claim, presenting evidence of a major policy violation and two past progressive discipline notices as the basis for his discharge.

White offered no evidence that he was replaced by a substantially younger employee. Rather, he argued that the circumstances surrounding his discharge gave rise to an inference of age discrimination based on age-related comments by an assistant store manager. In the months leading up to his discharge, the assistant manager made age-related comments to White, one of which was reported to the store manager, who took no action after determining the assistant manager was “just kidding.”

Although the comments didn’t necessarily indicate the assistant manager harbored age-based animus, the fact that there were more than one age-based remark, the store manager passively ratified them, and they were made by an employee in a position of authority over White cumulatively weighed in favor of his argument that the circumstances gave rise to an inference of age discrimination. The court therefore declined to dismiss his age discrimination claim. Barring settlement, a jury will be given the opportunity to determine whether Home Depot’s reason for discharging him was a legitimate business reason or a pretext (excuse) for discrimination.

White also argued that Home Depot discriminated against him because of his association with his wife, who has a disabling condition (multiple sclerosis). The Americans with Disabilities Act (ADA) prohibits employers from taking an adverse employment action against a qualified employee because an individual with whom he is associated has a known disability.

To sustain his ADA associational discrimination claim against Home Depot, White had to show that (1) he was qualified to perform his job, (2) Home Depot knew he had a relative or an associate with a disability, (3) he was subjected to an adverse employment action, and (4) there was a causal connection between the adverse employment action and his association with a disabled person. Again, Home Depot didn’t dispute that White’s recent performance evaluation demonstrated that he was qualified to perform his job or that he was discharged. At issue was Home Depot’s knowledge that his wife has a qualifying disability and the role that knowledge played in his discharge, if any.

Home Depot argued that its store manager had never met White’s wife and that no other member of the organization knew about her disability. White countered that he communicated frequently with his managers about his insurance benefits. He also pointed out that Home Depot’s insurance plan is “self-funded,” so the company incurred the ever-increasing costs for his wife’s care. He argued that he was fired to minimize the financial burden on Home Depot’s health insurance program.

Home Depot countered that its health benefits are managed by Aetna, an unrelated and financially disinterested third party. In dismissing White’s association discrimination claim, the court noted that he could not establish a case based on speculation.

It’s worthy of quick note that White asserted a negligent misrepresentation claim against Home Depot related to the extent of its insurance coverage should he elect continuation benefits under COBRA. Although negligent misrepresentation claims have a narrow scope because they’re premised on the reasonable expectations of a foreseeable user of information supplied in connection with a commercial transaction, employers should take care in making representations meant to be relied on by employees. In situations involving COBRA in which a third party is administering the expected benefit, refer the employee to the third-party administrator to answer questions.

Luckily for Home Depot, White was unable to offer any proof that Home Depot supplied him with false information relating to his COBRA benefits, so this claim was also dismissed.

Twice in the year before his discharge, White was issued progressive discipline notices. Meanwhile, his performance evaluation touted him as an exemplary employee. Performance reviews must take into account the full period in which an employee is evaluated. Had White’s performance evaluation addressed the conduct that led to the two progressive discipline notices, Home Depot’s proffered reason for its decision to discharge him would have had stronger evidentiary support. That may have made quite a difference at the pretrial stage of the litigation.

Of course, the age-related comments by the manager in the months leading up to White’s discharge still may have precluded dismissal of his age discrimination claim. I can’t say it enough, so I’ll say it again: Be on high alert to whether managers are making discriminatory comments, and take steps to prevent such behavior. Remind supervisors that employees are always on high alert when it comes to potentially inappropriate comments, so they should maintain a conscious awareness of what they are going to say before they say it.

Jodi R. Bohr, an attorney with Gallagher & Kennedy, P.A., practices employment and labor law, with an emphasis on litigation, class actions, and HR matters, and is a frequent speaker on a wide range of employment law topics. She may be reached at jodi.bohr@gknet.com or 602-530-8035.