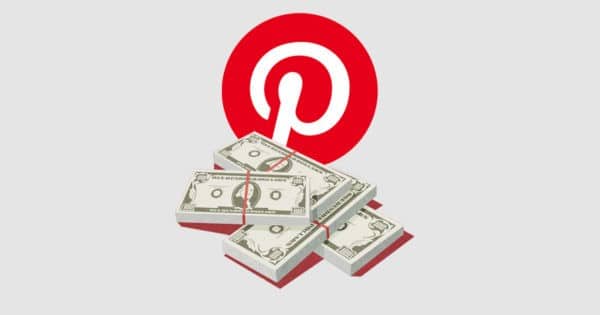 Pinterest reported strong first quarter earnings Tuesday, beating analyst estimates, but warned that the company’s overall outlook might be rocky in the months ahead due to the Covid-19 crisis.

Pinterest’s first quarter revenue grew 35% year over year to $272 million while its global monthly active user base increased by 26% year over year to 367 million, beating projections for both. Analysts projected $270.1 million in revenue this quarter, as averaged by Refinitiv.

“In these challenging times, our mission of bringing ideas and inspiration to people around the world has never been more important,” Ben Silbermann, CEO of Pinterest, said in a statement. “This quarter, we saw a record number of people turn to Pinterest for ideas on how to make a living at home more convenient, fun and inspiring.”

However, the company incurred a net loss of $141 million for the quarter, up 241% from 41 million the same time last year.

“Our cost of revenue has generally grown with users rather than revenue, which in this environment, puts some pressure on gross margins,” the company said in a statement.

CFO Todd Morgenfeld said in a statement that while Pinterest “began 2020 on strong footing” and the Covid-19 pandemic “certainly had an impact on our business and the businesses of our advertisers,” they “remain optimistic about the future.”

“With less exposure to the hardest hit advertising categories like auto and travel, Pinterest should be able to sustain topline momentum better than other digital media platforms in the coming quarters,” Lipsman said in a statement. “But it will also face increasing margin pressure as its costs rise more in line with user growth than revenue growth.”

On Pinterest’s earnings call, Silbermann said that many advertisers have paused or halted their ad spend. However, for those who are still spending, Pinterest has seen a “shift away from awareness campaigns and toward performance ads, an area we’ve invested heavily in over the past year.”

He also noted that “shopping ads are a much bigger part [of our business than] they were a year ago” and that it has seen an uptick in shopping conversions during the past few weeks.

During the Covid-19 pandemic, social media companies have largely seen surging traffic and an influx of new users to their platforms but have been hit hard by a blighted advertising sector. Sports leagues are postponed, the travel and hospitality sector is almost fully halted and nearly every business has been affected in some way by a depleted economy.

Adweek previously reported that Pinterest saw record-setting traffic in March, recording its all-time busiest weekend on March 21-22. It also rolled out new features and a central Today tab for its mobile app with authoritative information from public health agencies about the Covid-19 crisis.

Pinterest withdrew its full-year guidance in early April, citing these concerns about Covid-19’s impact on the advertising sector. However, the company said in a shareholder letter Tuesday that its “current strategic priorities of content, use case expansion, shopping and diversifying our advertiser base are well-suited for this moment.”

Pinterest stock had a tumultuous first quarter, rising as high as $25.20 a share on Feb. 7 before collapsing to $10.92 a share on March 18 as the market—and the advertising sector, in particular took a drastic hit due to the pandemic.